Countries & Capitals of the World is a printable memory game designed to help children and adults with learning the countries of the world, their capitals and their flags. 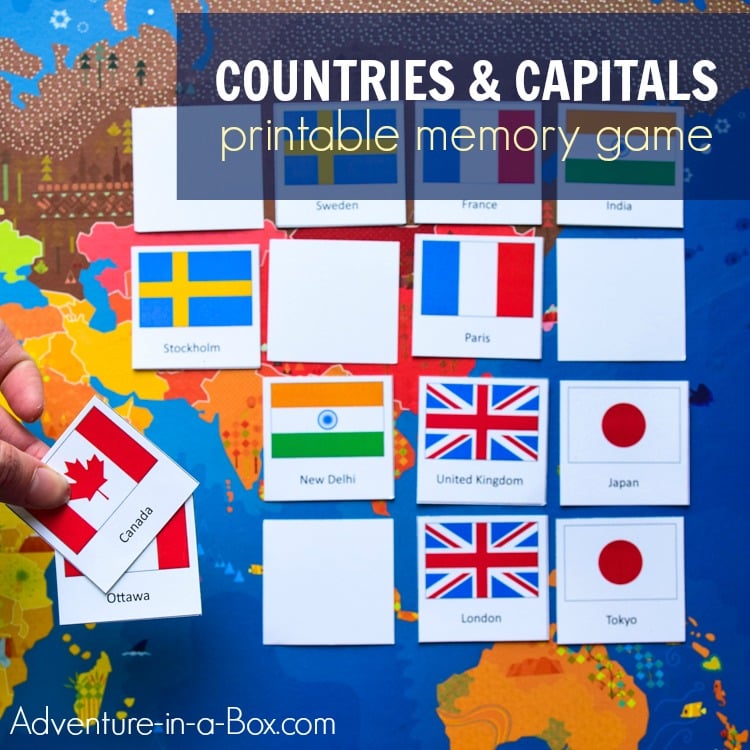 Every country in the world has a flag as a symbol of their nation, and every country also has a capital which serves as its administrative centre. Combining these two notions, we made a printable game that allows children and adults to learn the countries and capitals of the world. In the game, players match the capital card to the appropriate country card, relying on the flag symbol. Just like on the example below: Washington, D.C. and United States of America cards make a match, and so do United Kingdom and London. 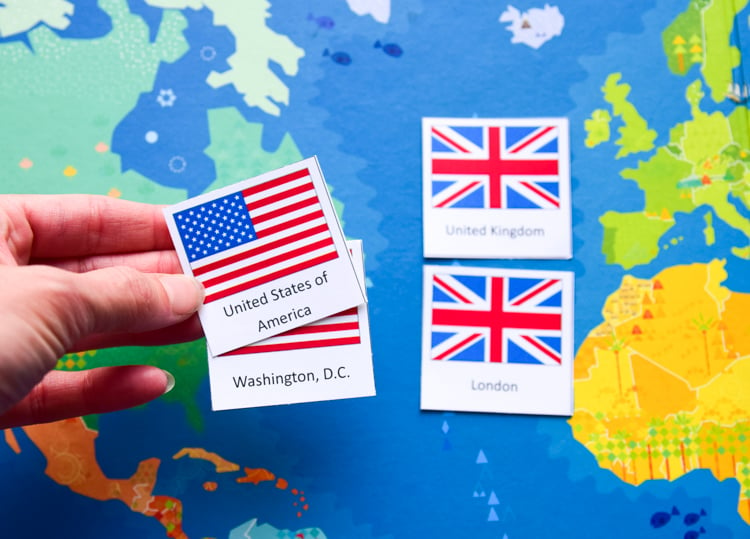 There are 120 countries, capitals and flags, represented in the game! If you tried to play the memory game with all of them at once, it would probably take the floor of a well-sized room. We found it most convenient to choose 8-16 countries to play with. This game has eight countries in it. 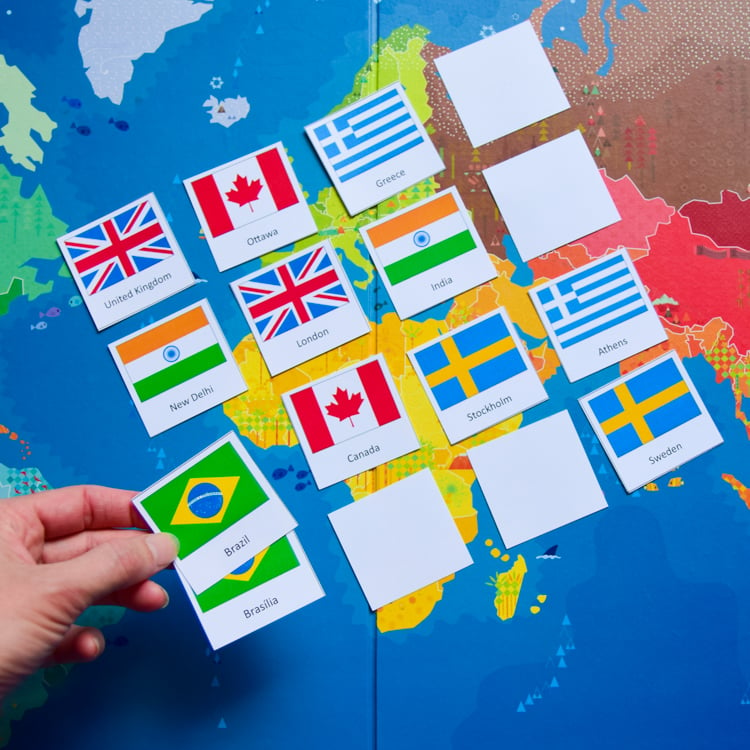 And this one has fifteen! 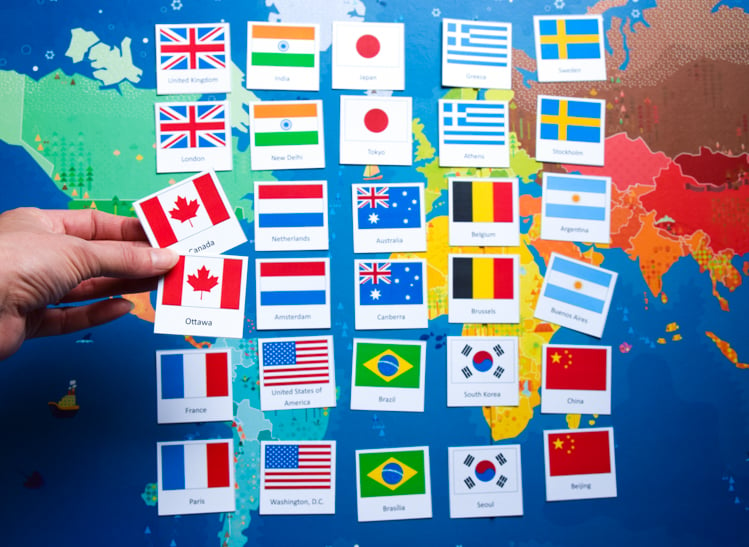 What’s Included in the Game

On the examples of games above, you see a mix of countries from all over the world. The game offers three different sets – sixteen better known countries each like on the picture below – that you can try if you want to get a general idea about countries, capitals and flags of the world.

Each block of country and capital cards comes on three pages, as seen on the picture. The country card has flags with the name of countries written underneath. The capital card has flags with the name of capitals written underneath. When playing games, players rely on the flag symbol to match the country and the capital successfully. Over time, they will learn to associate the countries and capital without the flag as a visual cue. At that point, use the third card—the capital card that doesn’t have the flag to help with matching.

In addition to the sets of countries from all over the world, there are also sets of cards grouped by continents – they include more countries that are less known, and these games could act as companions for doing unit studies on different continents. 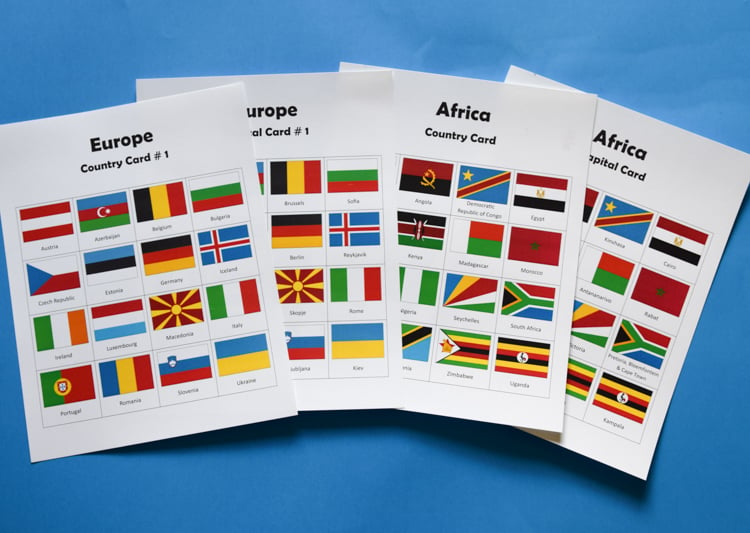 How to Play the Countries and Capitals Memory Game

There are at least two ways to play the game.

Mix all the cards thoroughly face up, then look through them, finding the matching pairs. This is a good activity for introducing the flags, countries, and capitals topic to the youngest crowd. 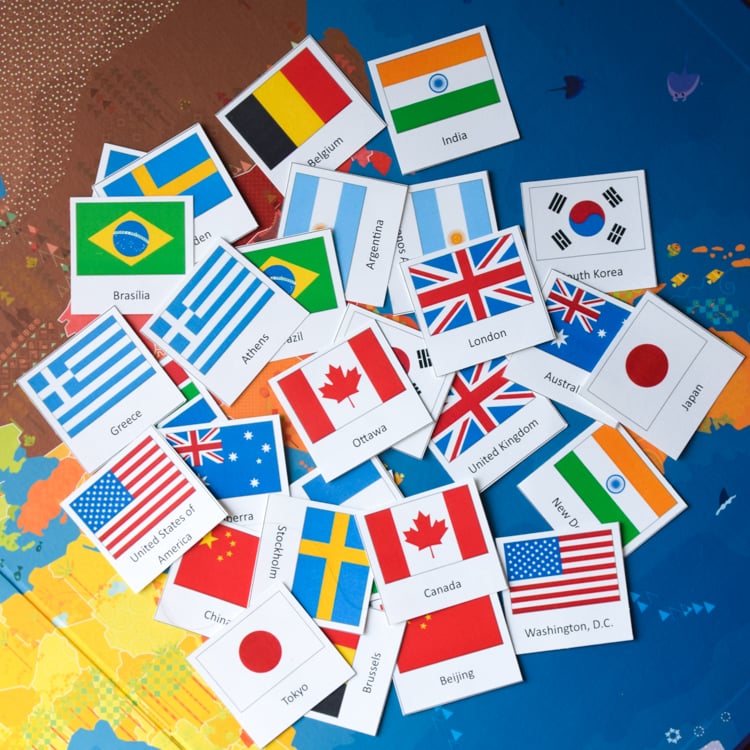 Place the cards in a rectangular grid on a table. Players take turns temporarily revealing two cards from the grid, trying to match a country card with the corresponding capital card. The flag symbols will help to find a successful match! The player who makes the match gets to keep the cards. If a player keeps a pair of cards, they can reveal two more cards. If the cards they reveal do not match, it is the next player’s turn.

Whoever has the most cards at the end of the game wins. 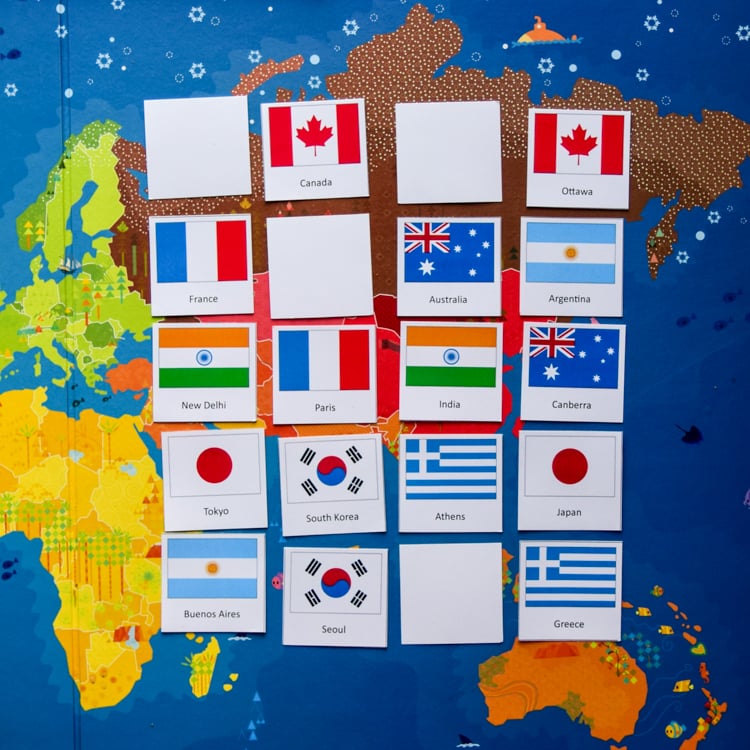 The best part yet, this memory matching game easily doubles as a bingo game, and there are rules for that included in the printable. 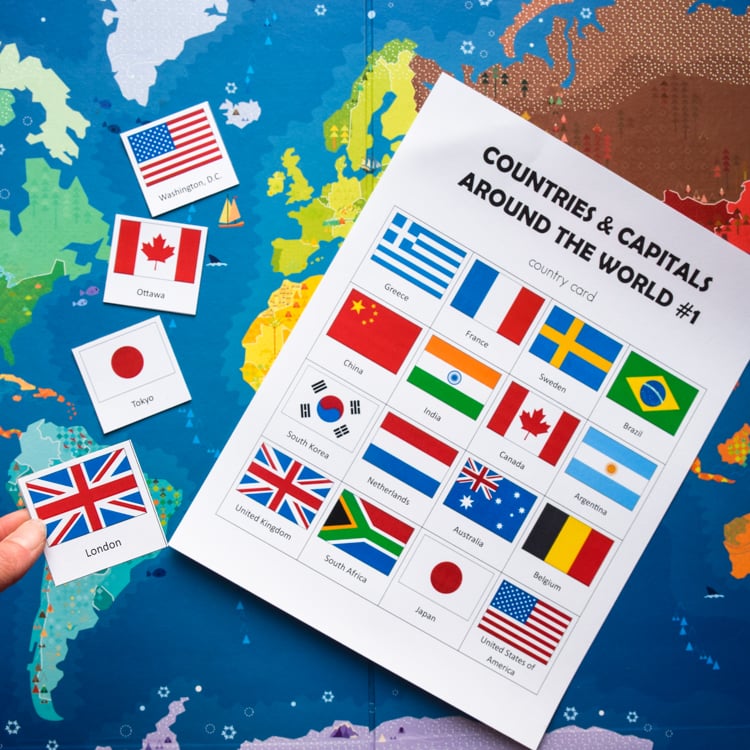