Make a Painting Together with Toddlers

Painting and drawing have always been a big part of my life. At times they comforted me, other times they helped me to visualize my ideas. So I could not wait to share this passion with my son, and I first offered him food-based paints when he was seven months old. He did not think it was very different from applesauce. Now, being fifteen-months-old, Budster knows the difference between applesauce and paints, but not without tasting both. He enjoys playing with brushes and paints, making impressions on paper. I like watching him paint, using one brush in each hand or a brush and his fingers. In the end, the paintings are anything but static, expressing the young artist’s self precisely: my son is seldom static either.

I sincerely admire paintings made by children over their first years of life. No artist will ever be as uninhibited as a two-year-old. Toddlers are brave, bold and having fun. It must have been my pondering over another abstract painting of Budster’s that made me think of what a unique background it would make – what an interesting project it would be to paint something together. At that moment I was also starting to think of this blog, and it seemed like it would be good luck if Budster participated in creating it as well.

So, I picked up a canvas, brushes and three tubes of acrylic paint and set them on Budster’s table. When he saw brushes, he came over to do some invisible painting with dry brushes. It did not have to stay invisible long though. On went his frock, and I squeezed some colours out. Usually he likes to put his brush into jars – as a matter of fact, I think it is one of his favourite parts – but he could not do it with tubes, so he just pointed at them and asked to add one or another on the canvas. 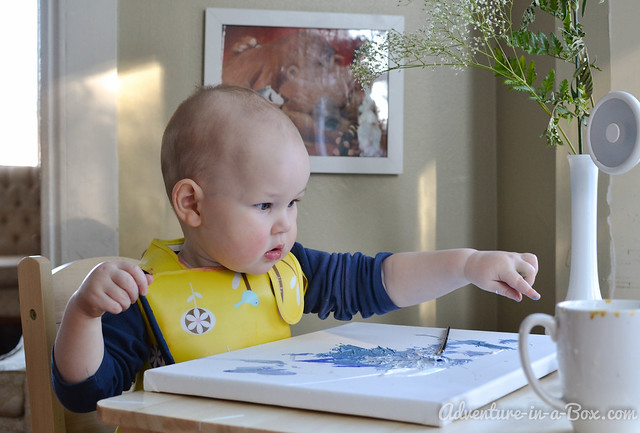 Budster had a lot of fun. He prefers to paint with brushes. If there is only one, so be it, but if there are two, he cannot pass on either. When he gets very much into painting, he likes to pat the picture with his hand (and squeal with delight) or smear the paint around. 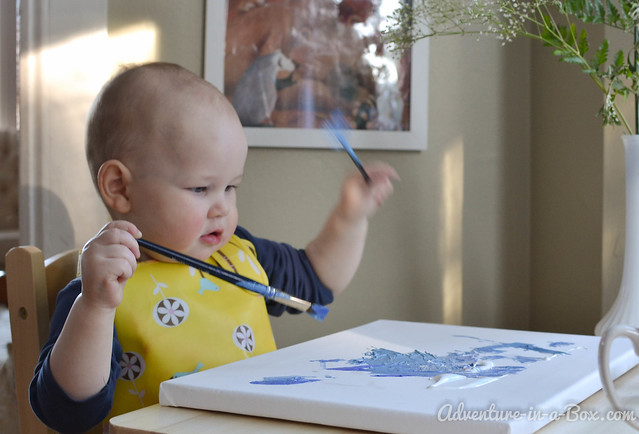 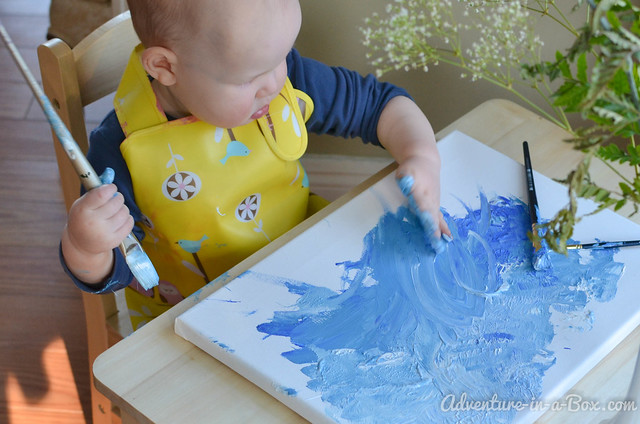 As the fun escalated, it came to an unexpected ending: while waving his brushes around and giggling, Budster fell off the chair. Happens once in a while, and he was not really upset, but we did not return to painting afterwards.

It actually helped me to check whether Budster would be interested in working on his own picture more later or he would be done after one session. The next day he was very happy to see his painting, by then dry, again. He made some additions, but mostly thought it is worthwhile to paint the table now. I guess he was done the first day. How does he have an instinct not to overwork his painting? I seldom do. 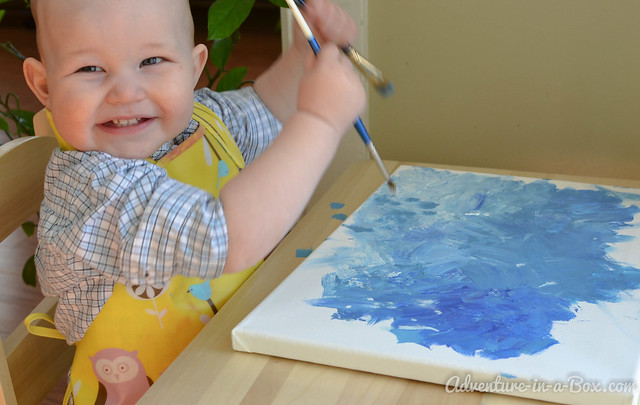 We had a very vivid blueness on the canvas. Now it was my turn to have fun. I had already thought of a spunky girl, having her adventure – literally – in a box, that I wanted to put in the midst of that imaginative sky-storm-sea, and it did not take long to make a pencil drawing. After that I went on painting. 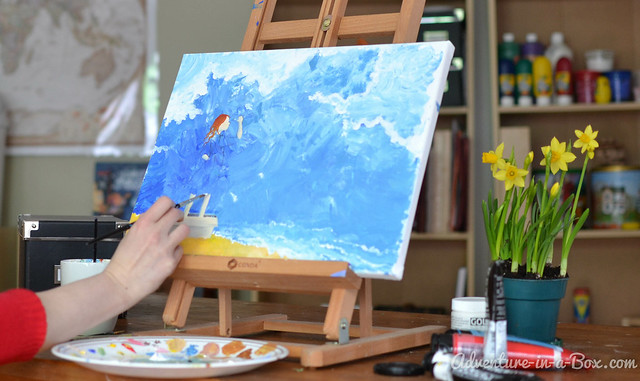 Somewhere closer to the end, after the girl had been mostly finished, I came up with an idea to add an illusory ship to the picture. My husband has been fond of ships his whole life, and I thought it would be a truly family project if he agreed to paint one here. He graciously agreed, and now we have a picture for our blog and for Budster’s room. 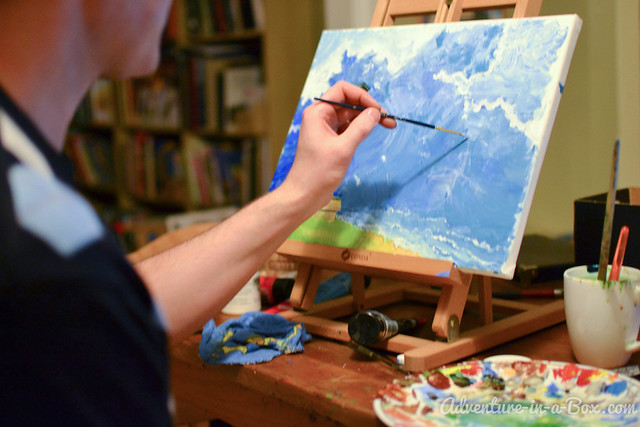 I had a good time working with Budster on this project, and it will make a nice keepsake. Also, because we are only learning to communicate through words, every other form of communication is important to me, and I felt like it was one of them. I think we should do it again. 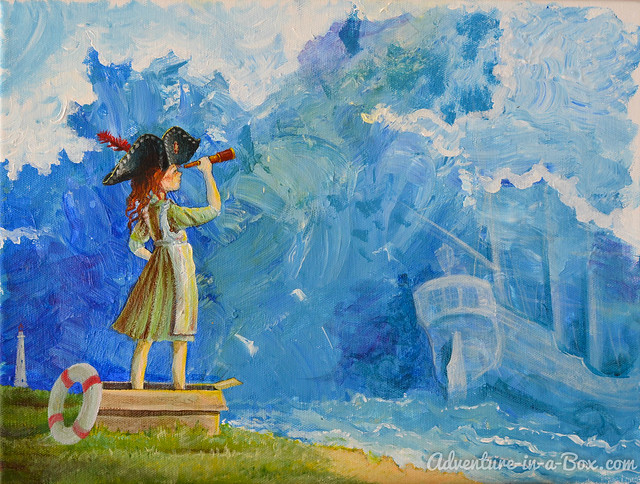 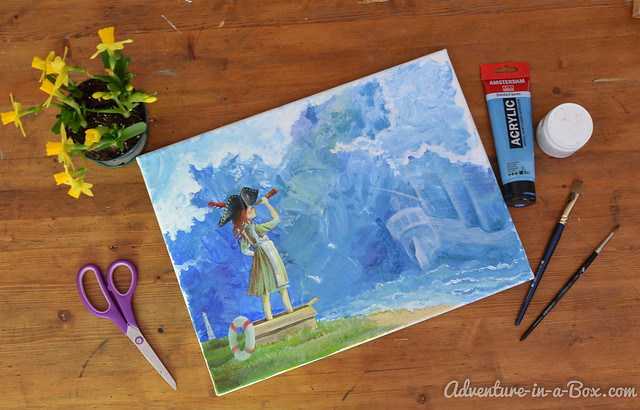