Flags of the World Bingo: Printable Game for Kids

Flag Bingo is a printable educational game that challenges children to learn and identify the flags of the world. Featuring the flags of 120 countries and with several ways to play, Flag Bingo is a fun supplement to teaching geography in preschool, kindergarten and grades 1-6! 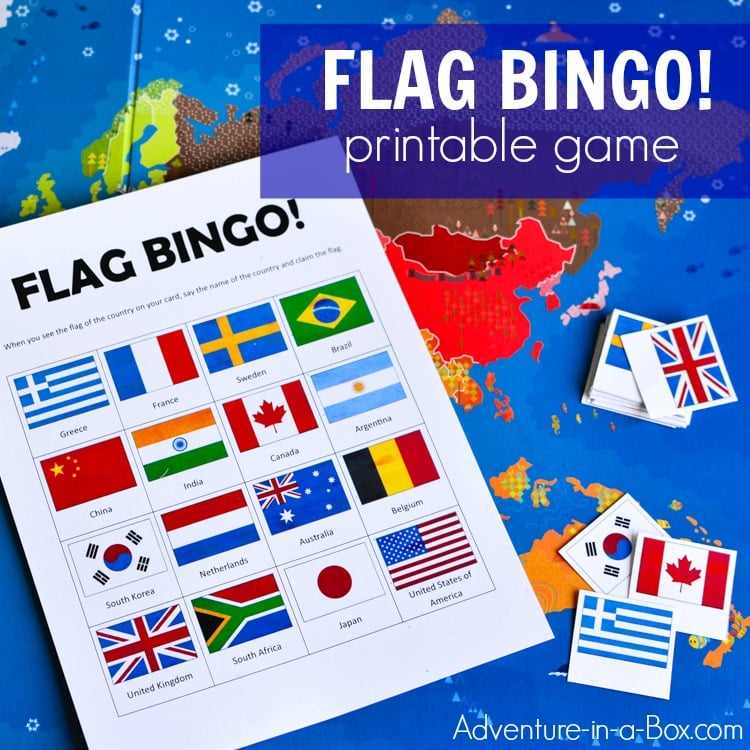 Every country in the world has a flag as a symbol of their nation, each with their own particular colours and design. Knowing flags can come useful when travelling and during international events such as Olympic games or Euro-vision. And at sea, flags are of the utmost importance, as they can mean the difference between friend and enemy! Moreover, it is simply an interesting topic of social geography, history, and symbolism, since many flags have extensive meanings, hidden in their colours and emblems.

For children, flags often make a fascinating topic. Through flags, it is easy for children to start learning about the great variety of countries in the world. They are colourful enough to hold the attention of even very young children, and older children appreciate the clear connection between the flag and the country. Since he was about five, my son has always acted delighted when he could recognize a handful of his favourite flags – Canada, Great Britain and Japan. Later, he had fun discovering about their symbolic meaning. 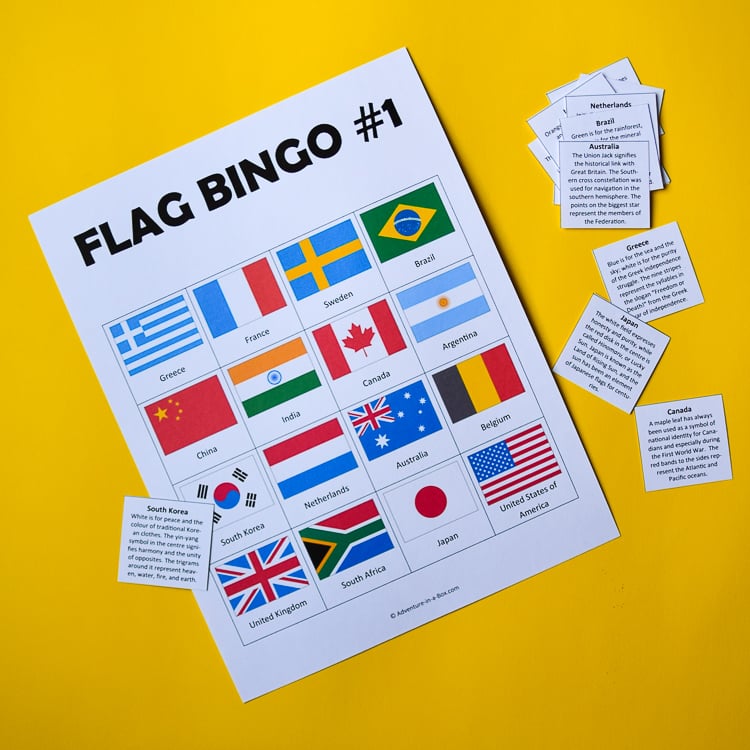 Following those interests, I have made Flag Bingo to introduce the topic of flags around the world, along with their meanings!

The free Flag Bingo version gives a taste of how the game works. It has one type of bingo card and twenty flag cards. While it is based on the classic Bingo game, there are some additional rules that can make the game more fun and competitive.

Players take turns revealing one card each, with all players striving to identify the flag in order to claim it for their bingo card. To claim a flag card, a player needs to name the country it belongs to. The names are written on their bingo cards.

When first starting to play, it may not be possible for children who cannot read to name the countries. They can match the patterns of the flags in the beginning and memorize the names of the countries in the process.

Get the full version of the game here! 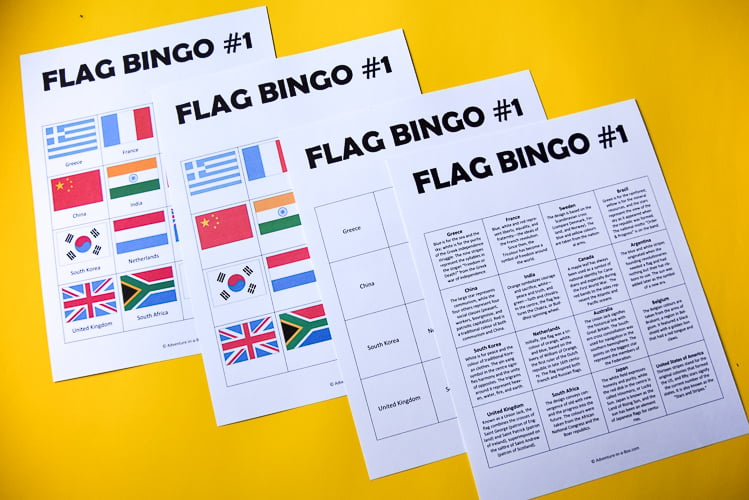 Bingo with flags from all over the world is like a trivia game that works for introducing the concept of flags to children. Each of the bingo cards from this section is completely different and has a few flags from each part of the world. Children can also use this as a matching game, by pairing flag cards with flag pictures. 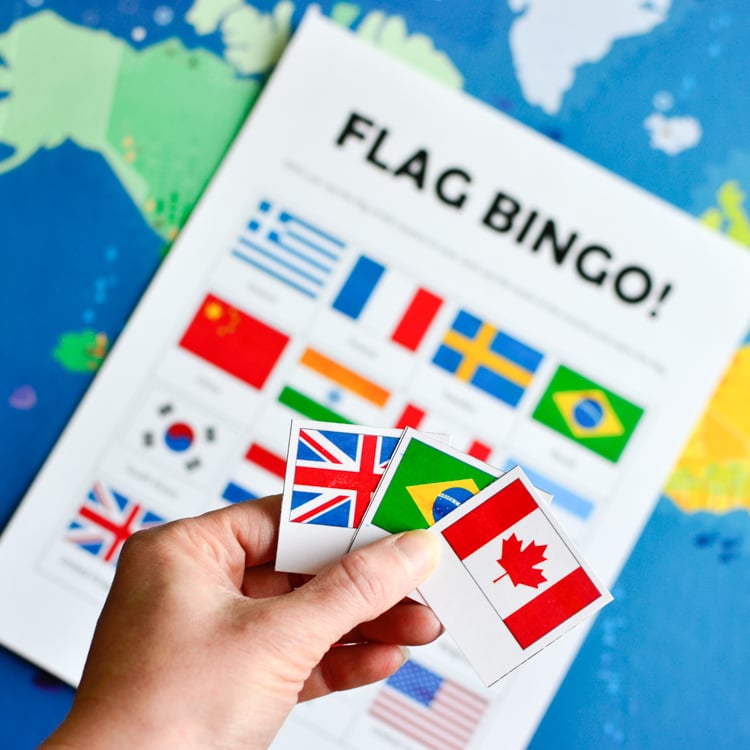 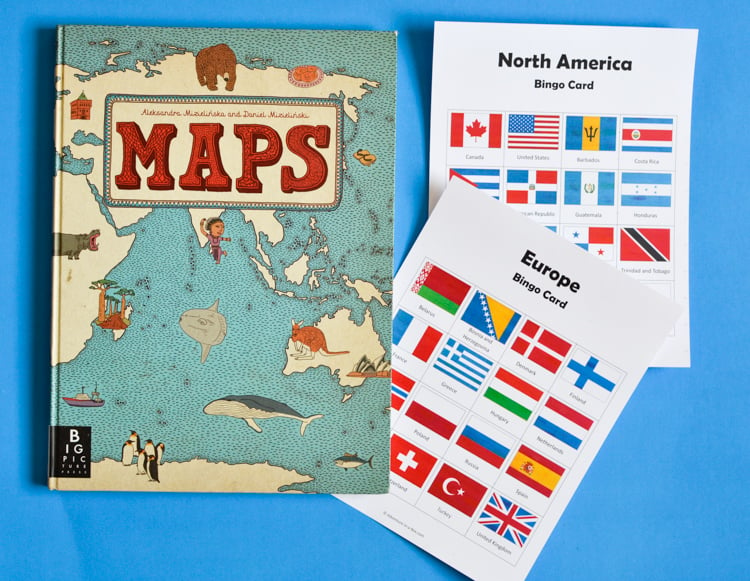 Tricky flags is my favourite part. I had previously noticed that some flags look similar, but I hadn’t realized until making this game just how many of them do! The two Bingo cards here feature flags that are easily confused: like Russia and Netherlands, or Ireland and Ivory Coast. Players are encouraged to find the right flags for their Bingo card and to not make mistakes. 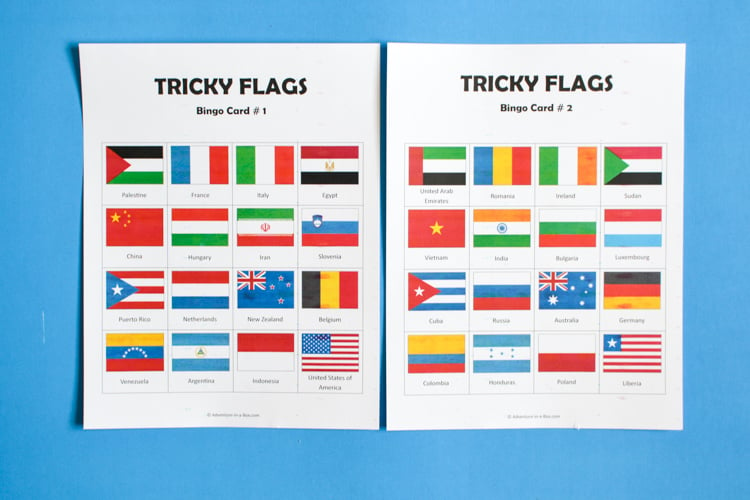 Get the full game! 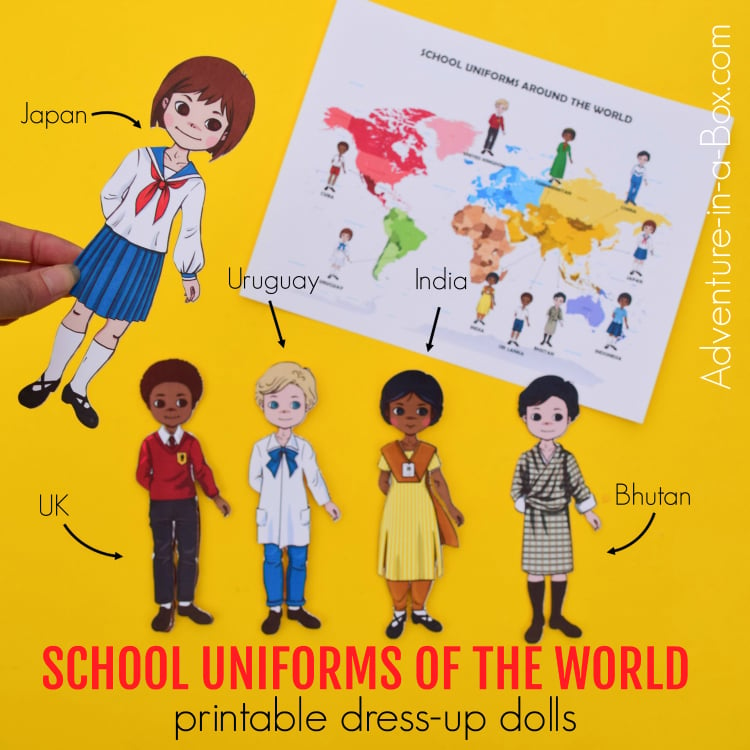 Use architectural landmarks to explain symmetry to children, then create simple symmetrical drawings with these printable draw-the-missing-half art prompts! 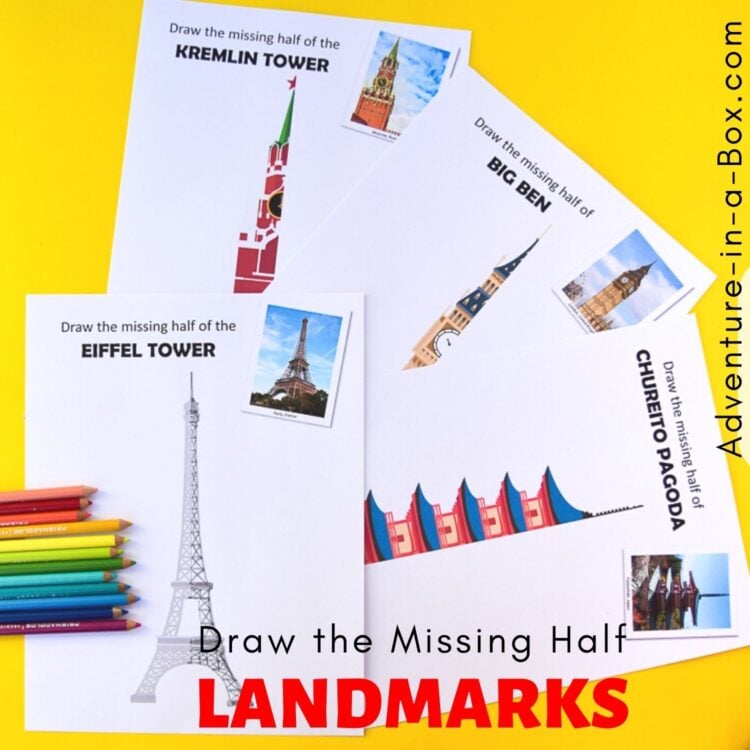