There are certain themes that seem inevitably popular among kids: dinosaurs, robots, and construction vehicles get a pretty universal love from the young generation. Boys are known for their adoration of vehicles, but there are plenty of girls who cannot walk past a construction site. And then, there are other fascinations – less common, but still popular. Penguins, for instance, have a smaller following than dinosaurs, but their fans, who now include both my son and my niece, are very dedicated. 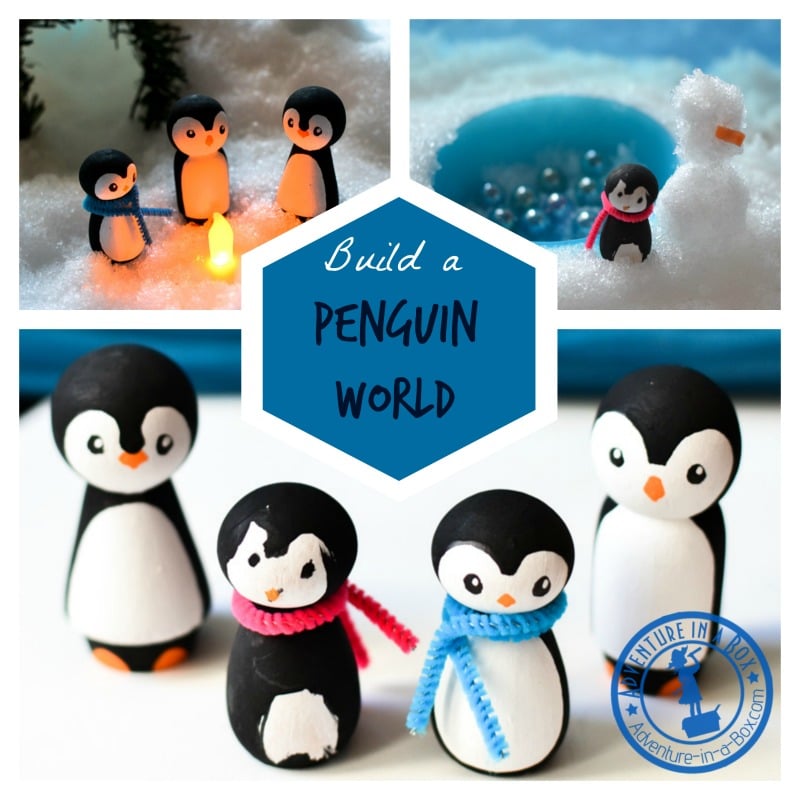 Last month, we moved from Ontario’s Niagara area to Sakatchewan (the story deserves a separate post), so Budster went from +10°C with green grass in the yard to -20°C with substantial heaps of snow in a matter of days. He was very excited about the snow, but not so much about the temperature. So, we brought snow inside for him to play. The snowy world couldn’t stay empty for long, and in no time it was inhabited by a family of peg penguins.

Hop over to CBC Parents blog to find out how we painted the penguins and built the small world for them with a bunch of recyclables and craft supplies!

How many people celebrate Valentine's Day? It depe