How to Make a Castle from Cardboard

Learn how to make a castle from cardboard, paper rolls and other recyclables! 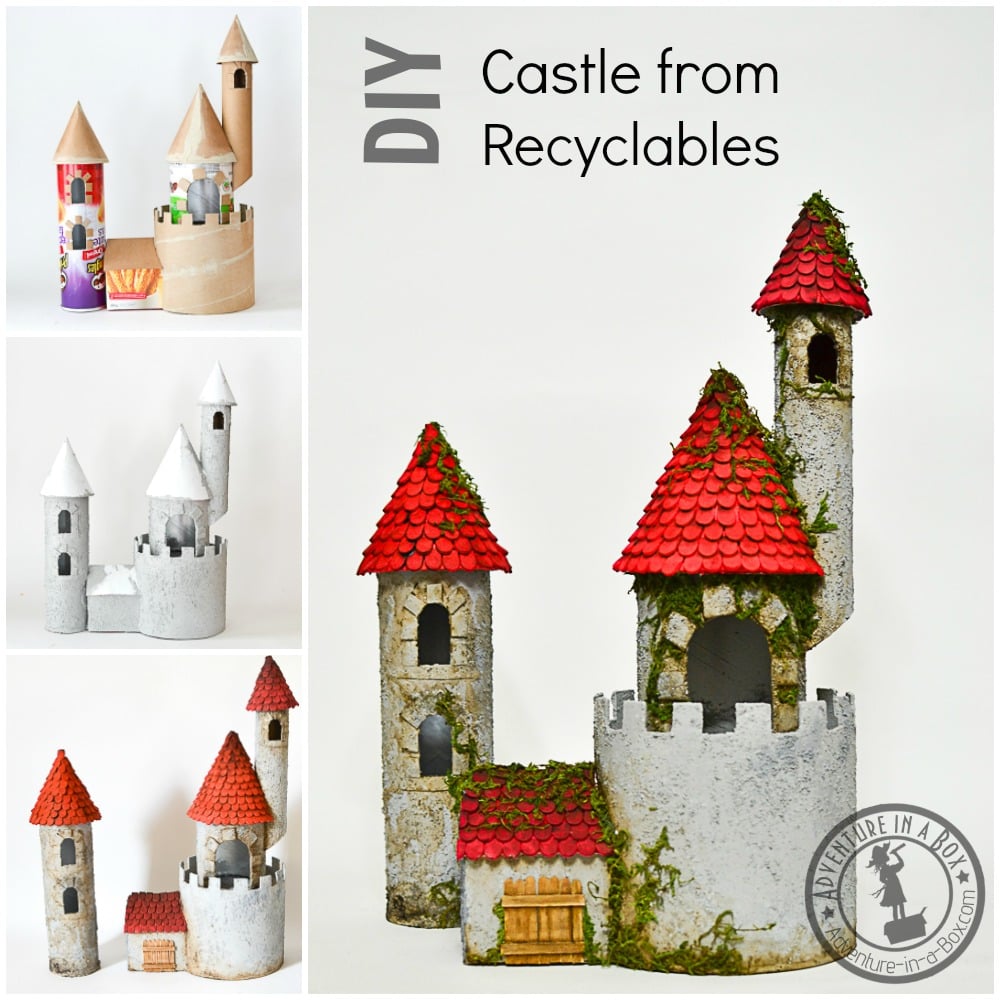 Chances are, you have a lot of packing tubes, paper towel and wrapping paper rolls, potato chip or nut containers in your recycling bin. We sure did. At least, until we decided to make a cardboard castle out of them, on account of those tubes looking so much like medieval towers!

Materials for the Cardboard Castle 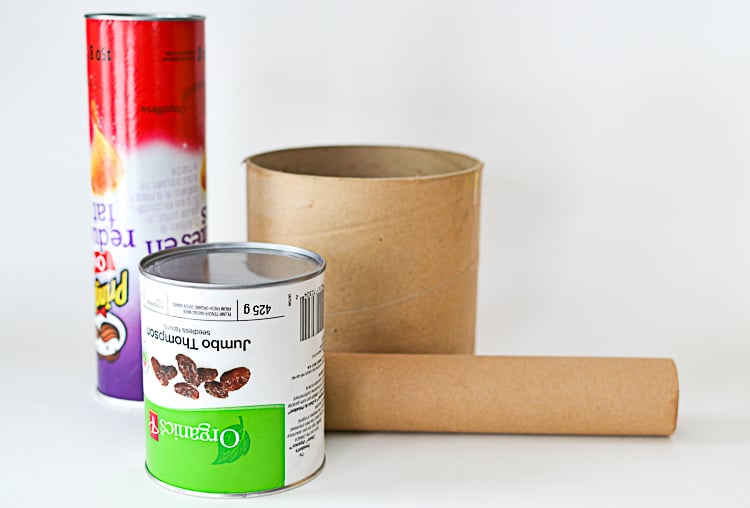 This page contains Amazon affiliate links to the products we used. 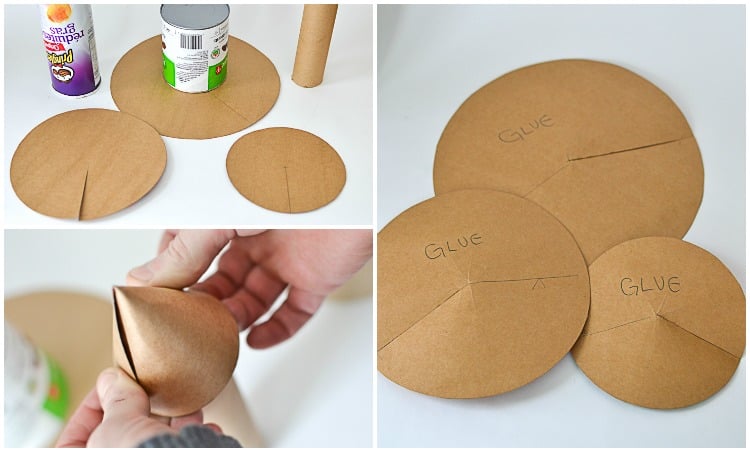 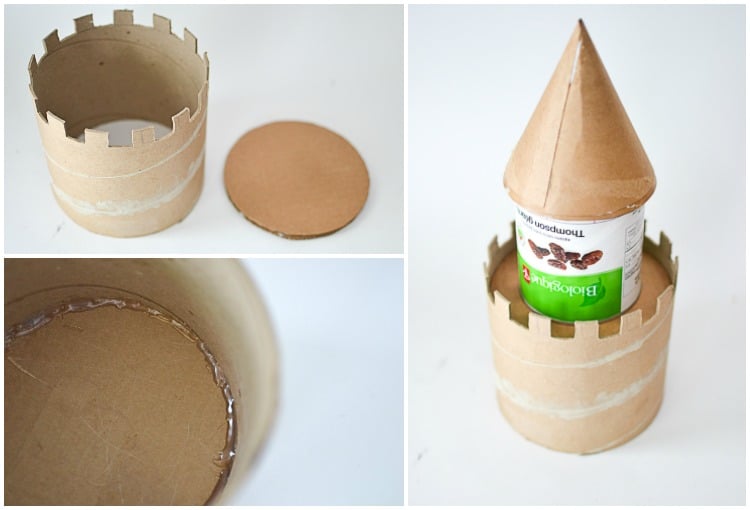 Our widest tube (8″ wide, my husband got a rolled sheet of bronze delivered in it) didn’t have a bottom, and we wanted to use it for the centre piece. After cutting the crenellations with a craft knife, we hot glued a circle inside of the tube, about an inch below the edge. 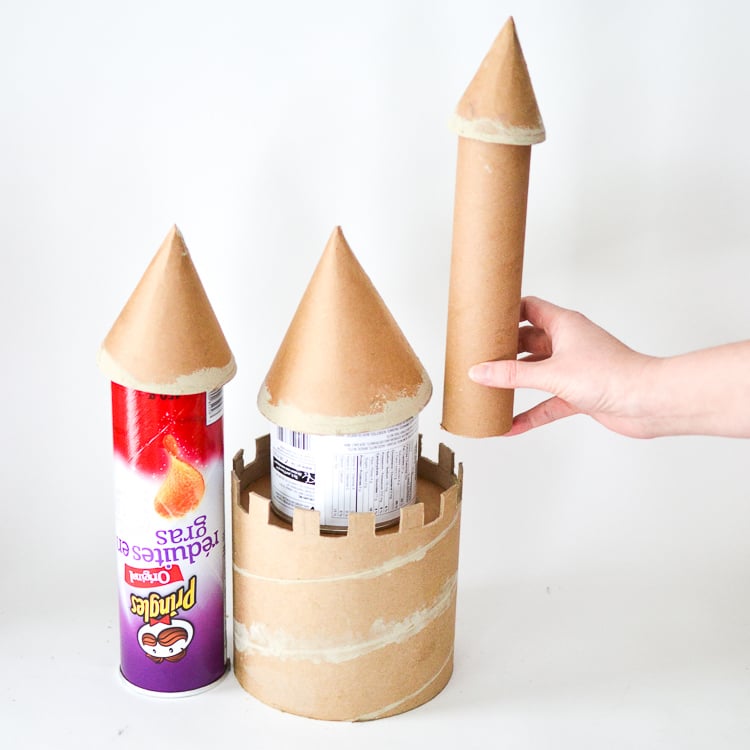 This was how the castle looked at that point. You can see how it’s going to come together, and at that point we realized that it was a little too cylindrical. So we decided to add a gatehouse, made out of a rectangular box that held bread sticks in its past life. They were delicious, by the way! 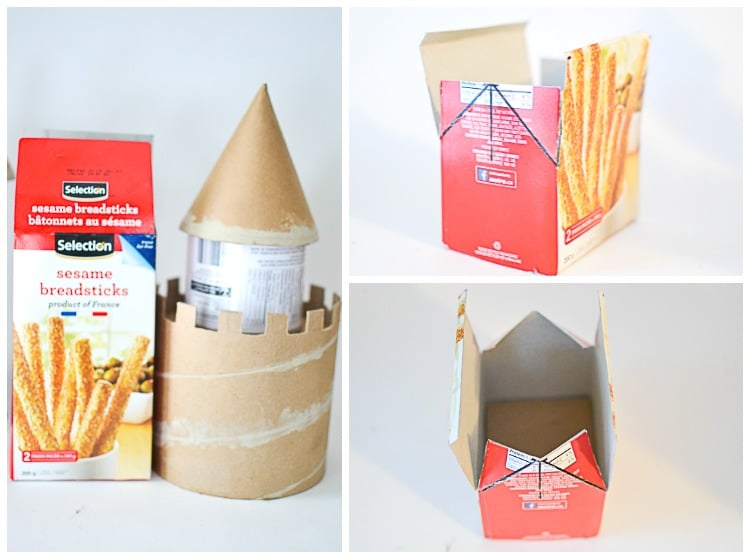 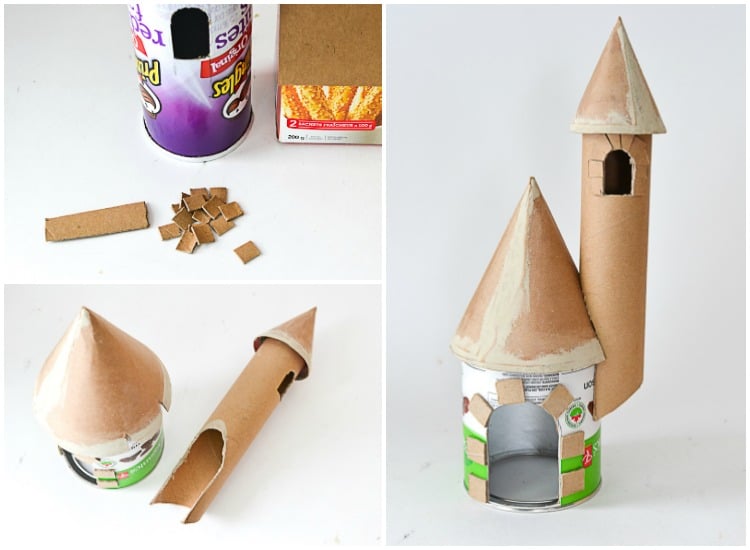 From this step on, everything is pretty straightforward. That doesn’t mean it went smoothly for us – we finished building the castle before moving, then packed it with us across Canada. After repairing a bit of damage, we finally got around to adding the final touches! 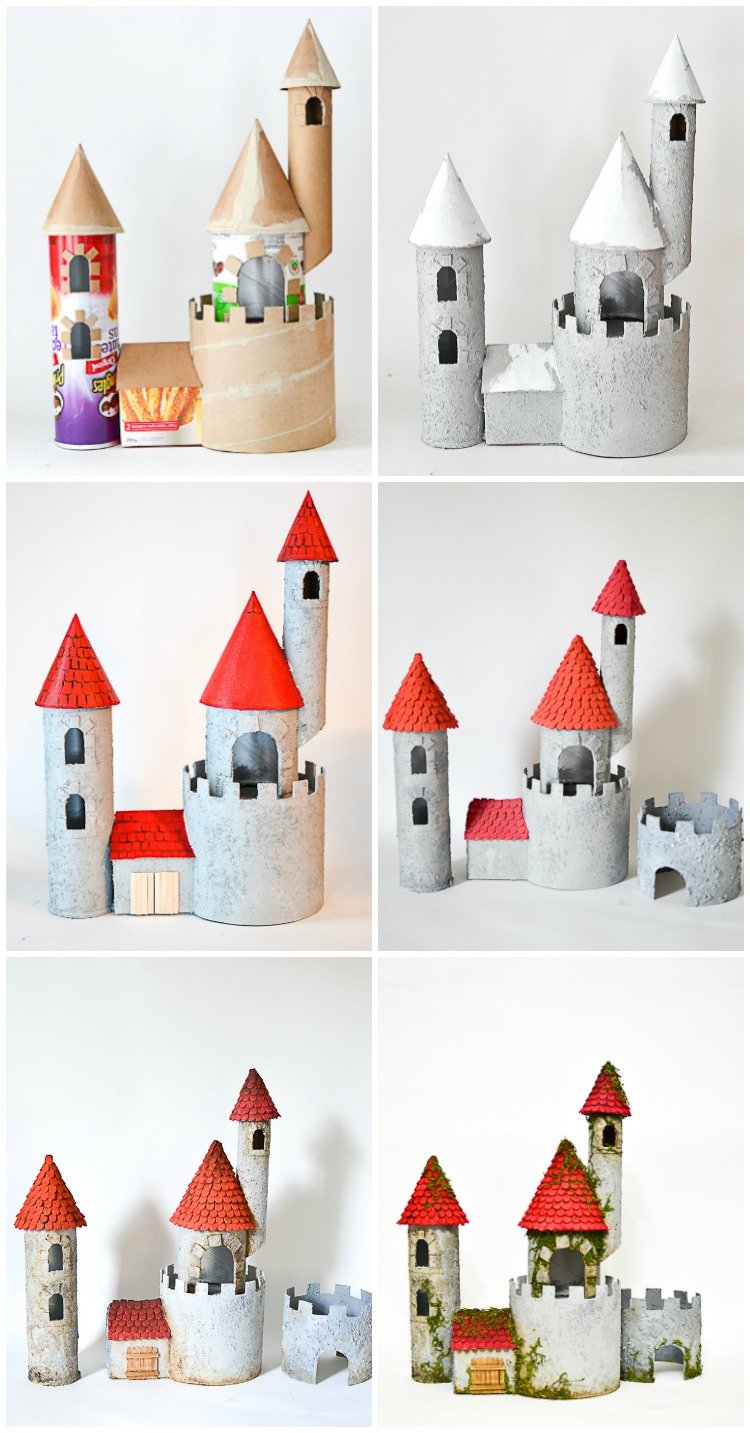 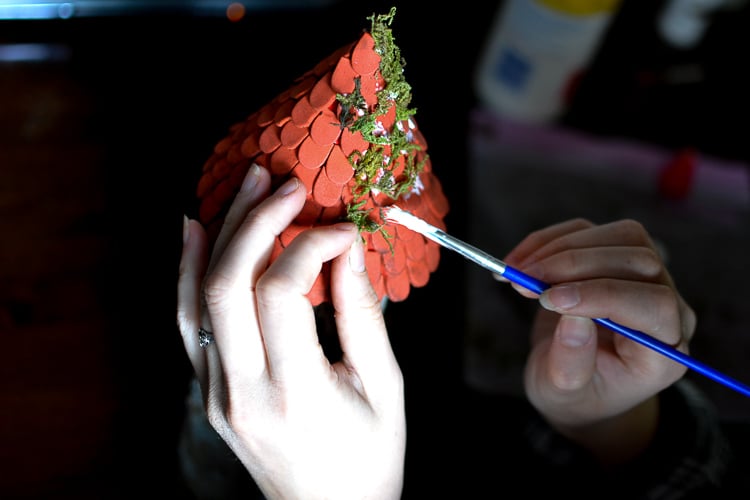 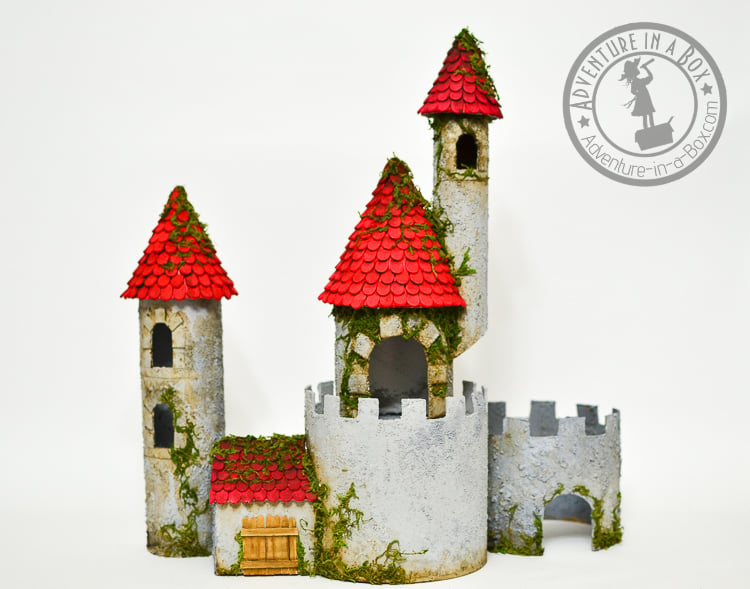 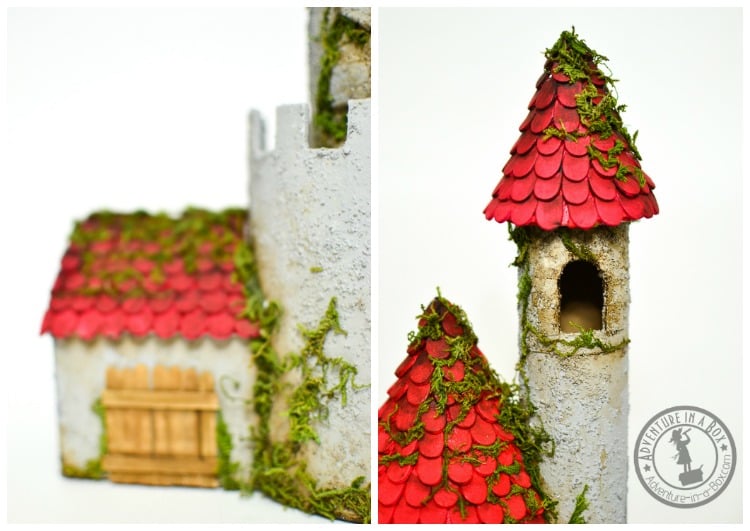 Play with the Castle

At first we wanted to glue all the towers together to have a big castle, but eventually it occurred to us that it’d be more prone to breaking. So we ended up leaving two towers unattached, and it turned out a lot of fun for Budster, who loves remodelling his castle or even making two castles instead of one and packing them full of knights. 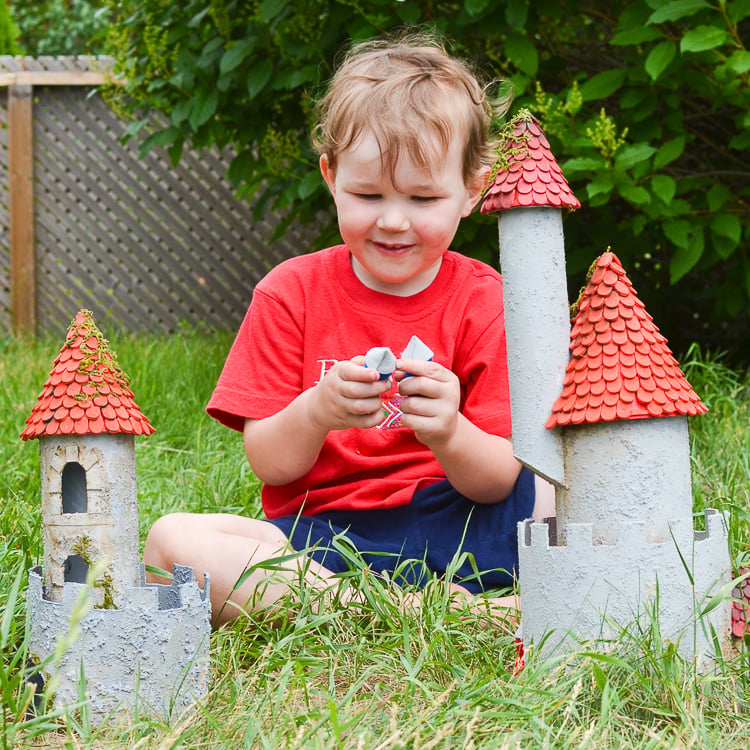 Knights? Yes, we made two little armies of knights out of peg dolls for him, a peg doll king and a peg doll queen, and it brought life and action to the cardboard castle.

The castle turned out to be a great prompt for telling stories about chivalry and fairy-tales about dragon fighting. Or dinosaur feasting, as the case may be. This is the conversation we had the other day when Budster was playing both with the knights and the dinosaur.

Me: Once upon a time, there was a castle where a wise king and a fair queen lived, and their loyal knights protected them day and night… Until one day the dinosaur came!

Budster: Why? (It’s the why-stage with him right now!)

Me: To take the castle for himself?

Budster: No! He came to have a feast. And to play hide-and-seek.

Here is the dinosaur playing hide-and-seek in the castle. 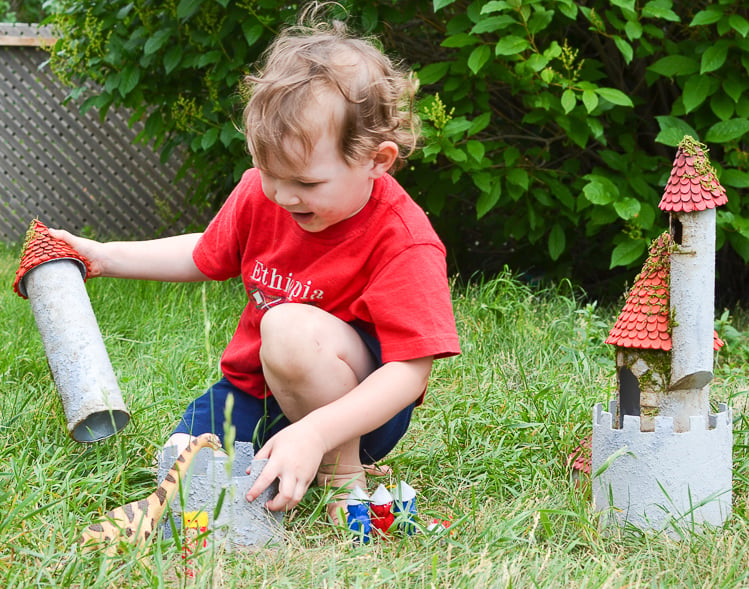 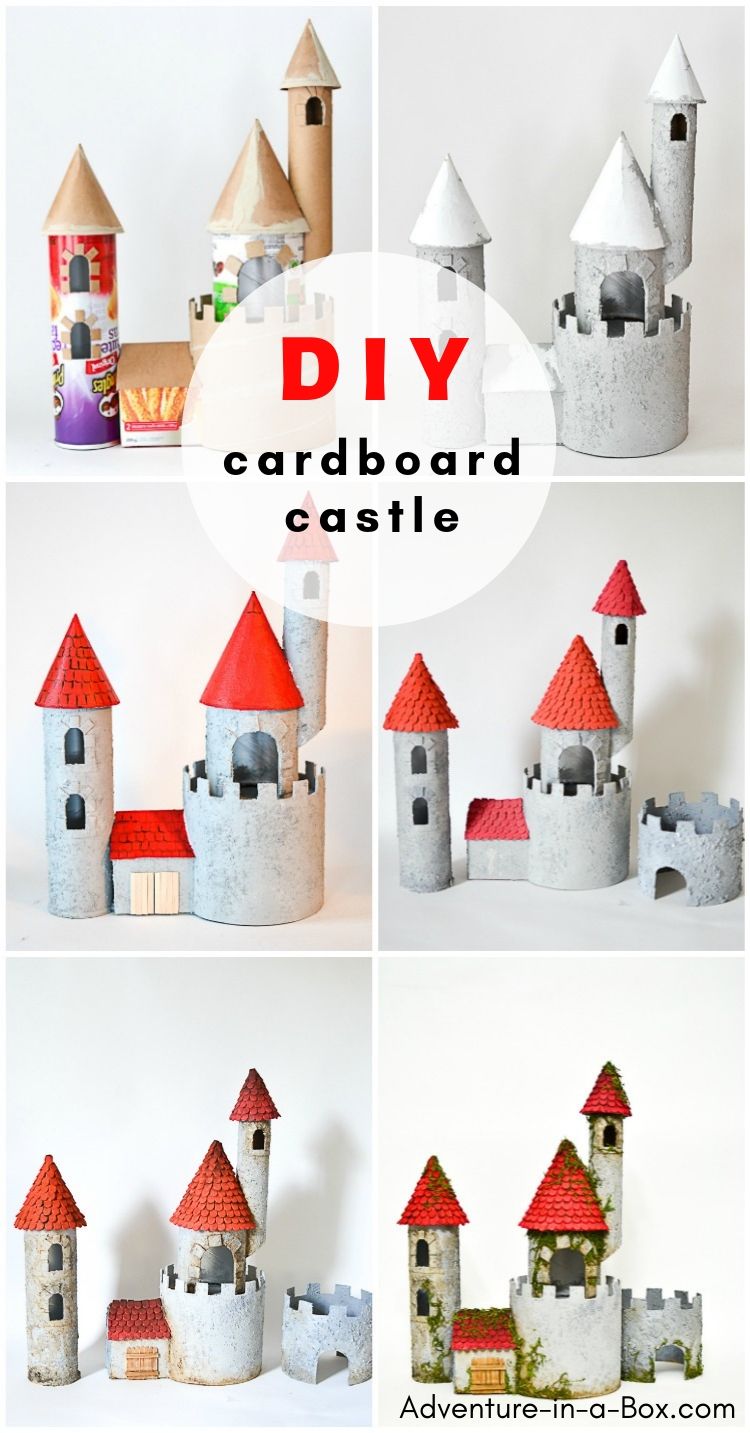