Illustrate the frog life cycle with pom poms and pipe cleaners by making pom pom frogs, tadpoles and eggs!  At first, a pom pom frog was just a simple craft to do with kids, but we were quite impressed with the potential of pipe cleaner articulation and ended up building a frog small world. 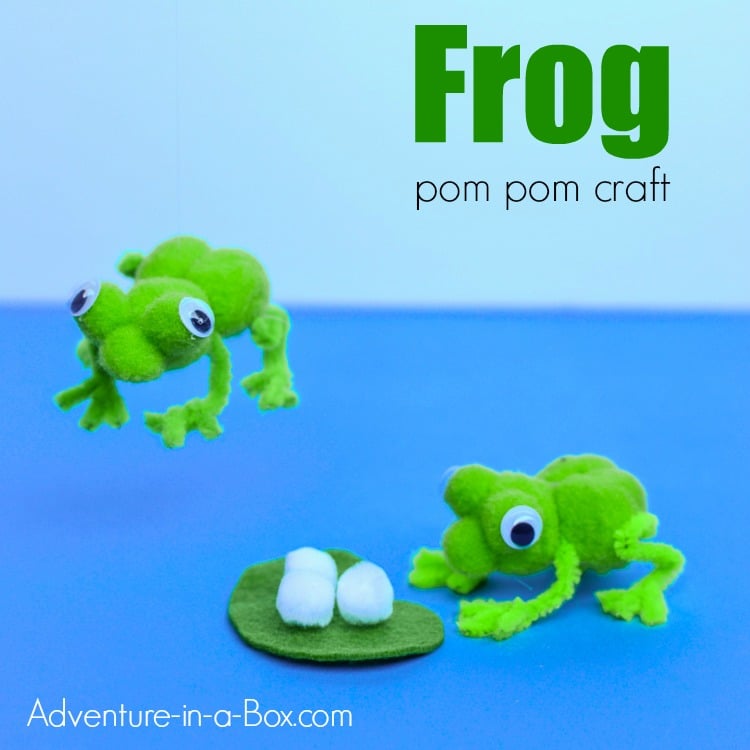 How can a hot glue gun lead to a frog life cycle study? It can when you homeschool a kid who likes to learn through crafting. For Christmas, we got our son a box of tinkering tools – a hammer, a small saw, a pair of pliers, etc. He was happy with that gift, for he had been borrowing Dad’s tools for a while. But his utmost delight was at the low-heat glue gun that we picked up at a local dollar store. He was curious as to what possibilities this tool can bring, and for the last months he and his dad were gluing cardboard, wood and felt.

Eventually, they came to trying textile sculpture with pom poms and pipe cleaners.  The frog was one of the first creations. And even though at first the frogs seemed like a simple craft to do with a kid, we enjoyed playing with them very much! They were surprisingly bouncy and agile on their pipe cleaner legs. Here are some of the interesting things we did.

1 — With a string attached to it, the frog bounced around in a very lively fashion and made a fun string puppet.  Check out the video below to see it in action! 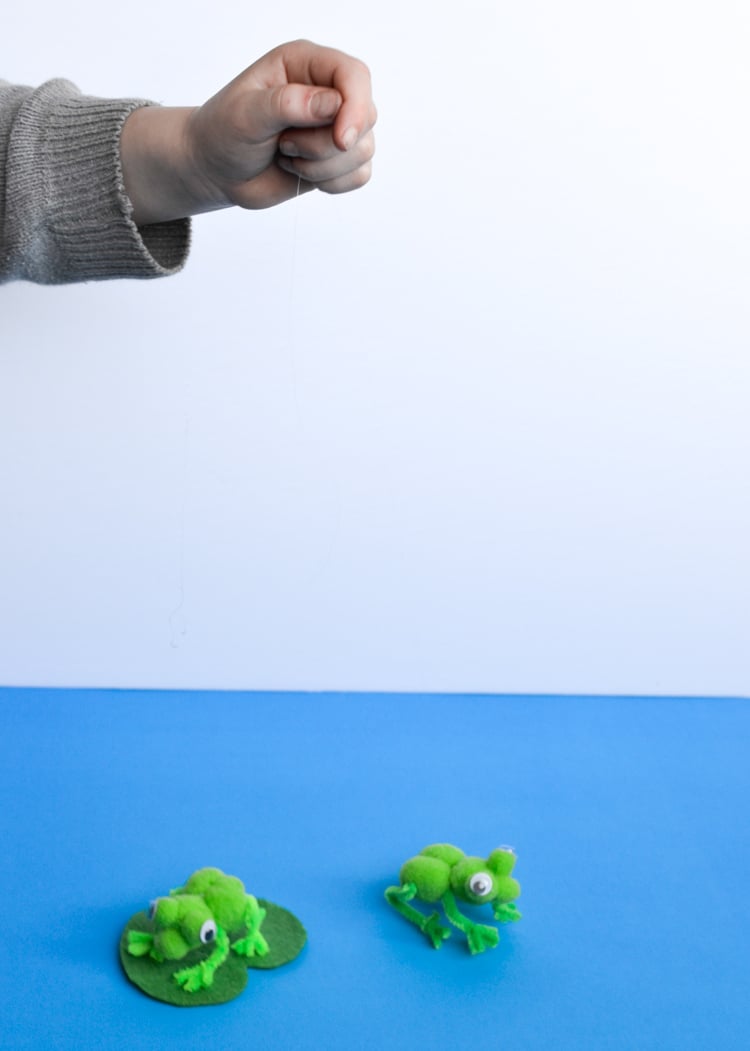 2 — The other noteworthy feature was the pipe cleaner articulation of the arms and legs. It was interesting to pose the frogs around. We have been doing some stop animation videos with our son, and the frogs proved to be good actors for that. 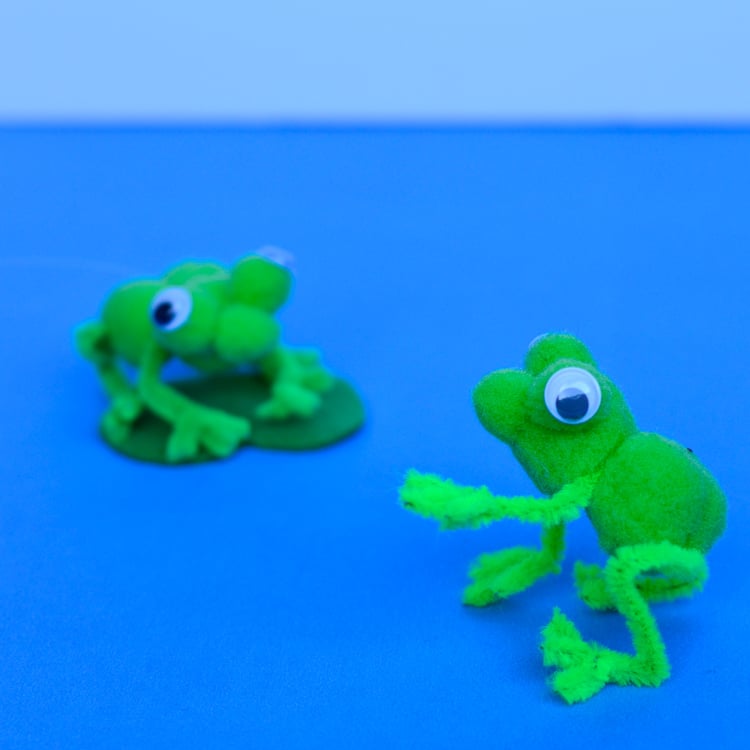 3 — As you can see from the pictures, we built a frog small world with blue paper and felt lily pads. When we started thinking about what else to add, we thought of frog eggs. 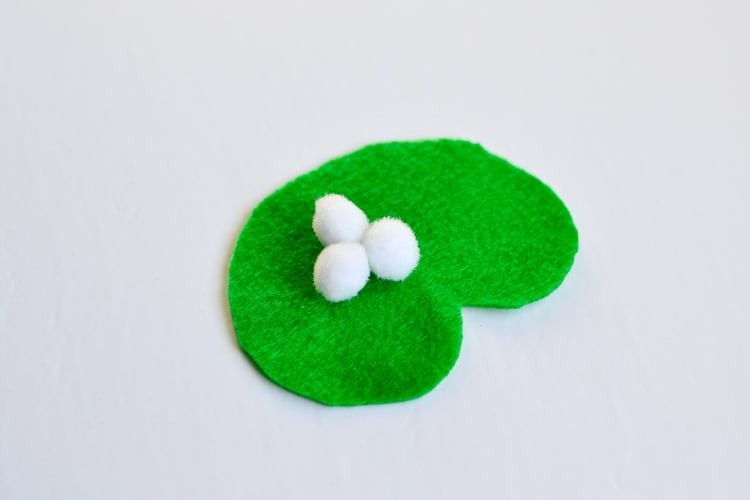 Then, naturally, came tadpoles, and they were also easy to make with pom poms. 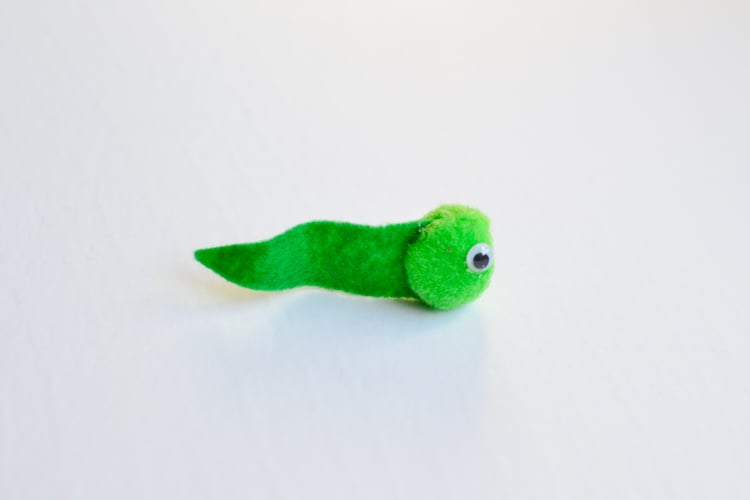 In the end we even added the intermediate stage of a tadpole with four legs. 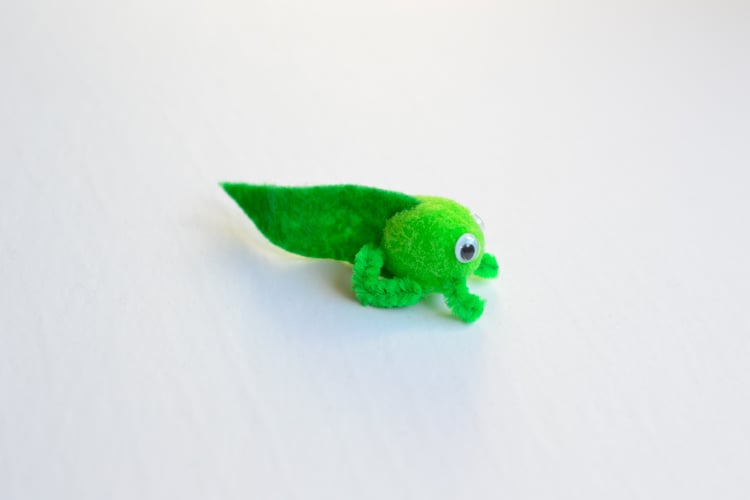 Our son was quite intrigued by that and made his drawings of the cycle. Here is our illustration of a frog life cycle with pom poms. 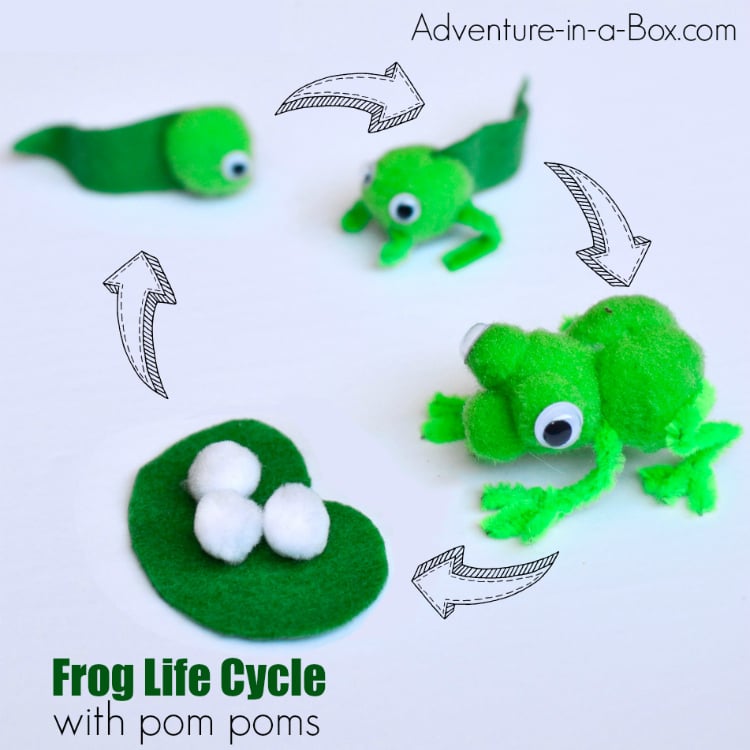 Explore nature with 10 printable STEAM projects for chiildren! They will learn about nature while playing games, completing engineering challenges, going on scavenger hunts, and making art with natural materials. 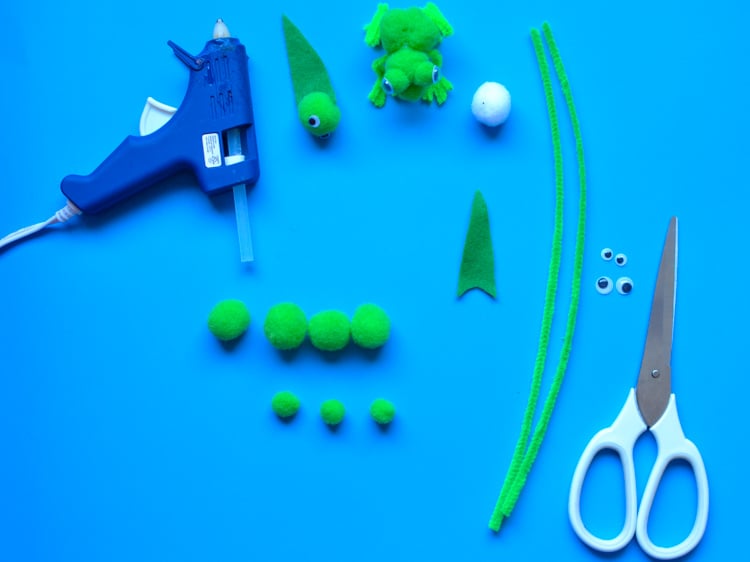 How to Make Pom Pom Frogs

Do You Like to to Study STEAM with Kids?

Check out all the other projects in 28 Days of STEM and STEAM activities for kids!

Great for understanding symmetry and introducing entomology – Draw the Missing Half of an Insect free printable pack! 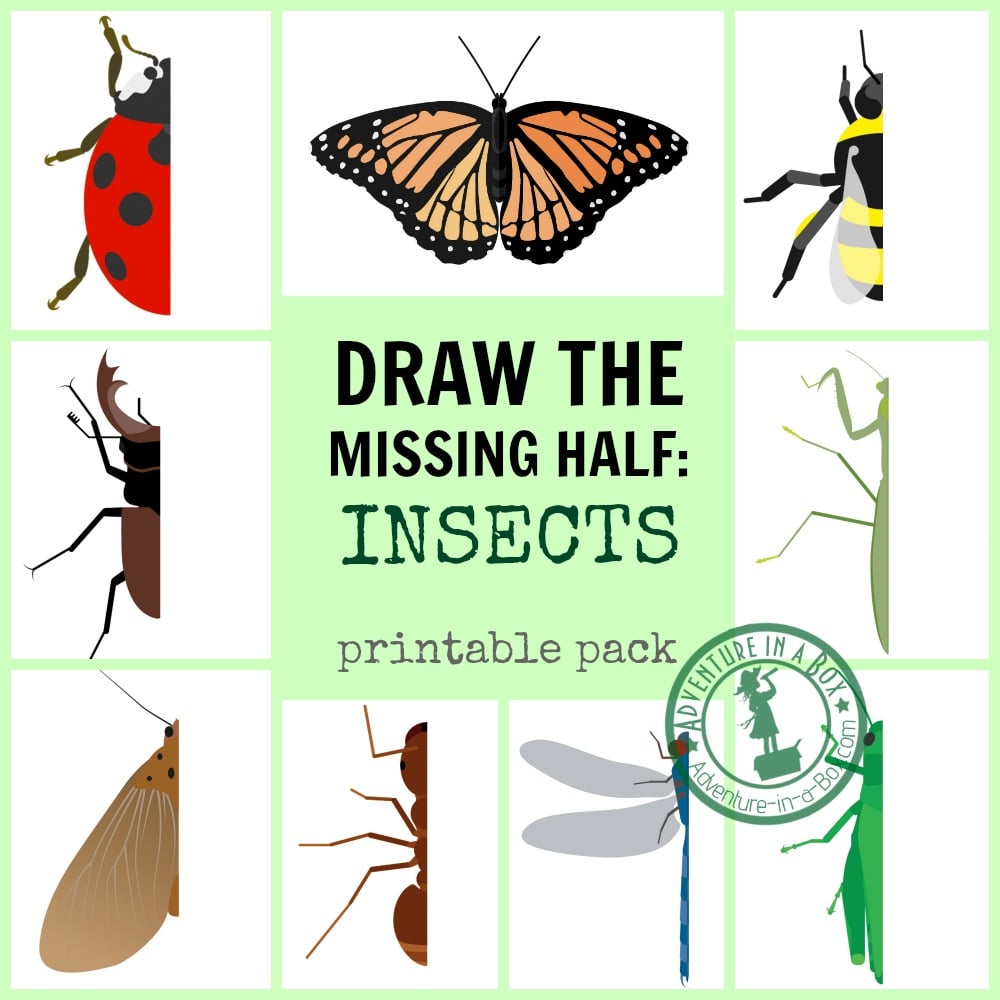 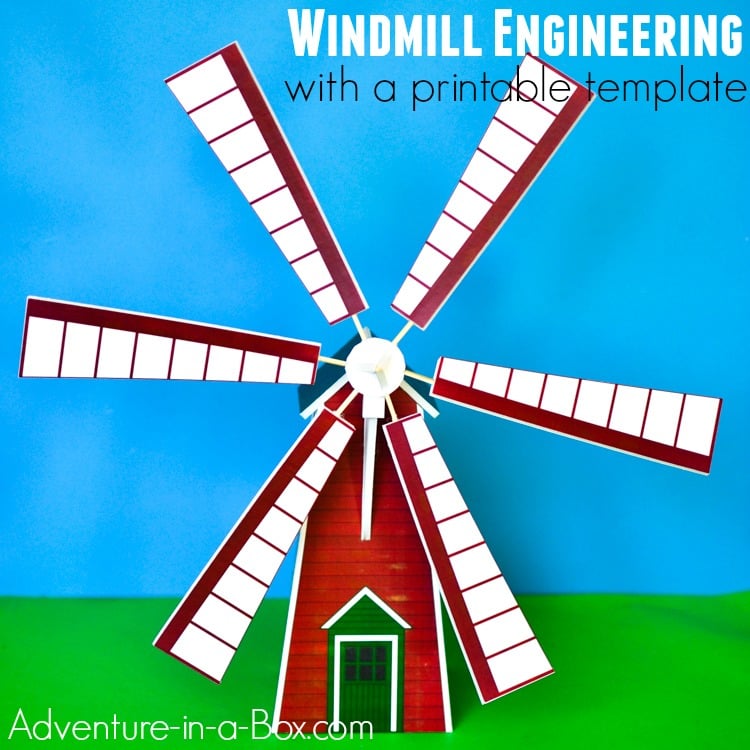