Celebrate Easter with a set of Harry Potter Easter Eggs! 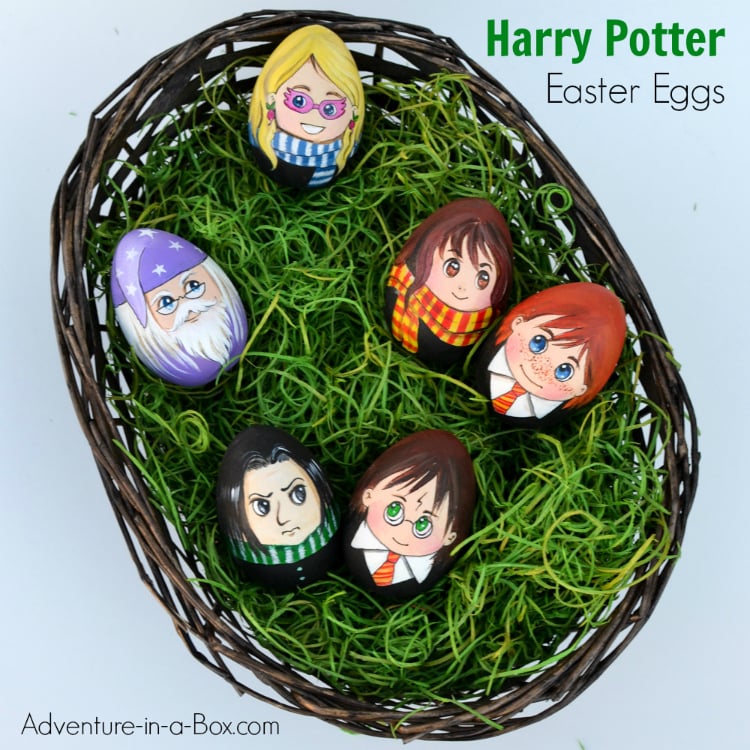 Ten or more years ago, were you in one of those line-ups outside the bookstore doors, waiting until midnight to get the new Harry Potter book, so that you could spend the rest of the night immersed in the cozy familiarity of the wizarding world? Have you been cautious what you are talking about for days afterwards because your friends might not have gotten to the same chapter yet? Have you named your cat after the most questionable professor of Hogwarts, Severus Snape? Have you made yourself a robe with a wand, and it wasn’t just for Halloween?

Confession time! In my teen years, I’ve done all of these things. Alright, the cat wasn’t mine – my best friend selected this name for a black kitten she picked off the street. It was shortened to Sev right away, but the beast with the proud name still lives and prospers. The wand however is long ago lost, but it doesn’t matter: all these memories seem to be strongly intertwined with the rest of my youth, which makes the Harry Potter series a very special story for me. Granted, I don’t seem to be alone in that regard, and it feels good to be connected to other people, by simply hearing them say, “Fifty points to Gryffindor!” or something equally silly.

It’s fun to revisit such memories, so this Easter I entertained myself with painting a set of Harry Potter-inspired wooden eggs.

It was tough deciding on the characters to paint because so many are memorable – both in personality and in looks! I knew I had to include the trio. Excluding Severus Snape also didn’t seem like an option. I considered adding Voldemort, whose bold head looks like an egg anyway, but his overall persona didn’t seem charismatic enough. Dobby would make a fun egg, but I would have had to drill holes to insert some extra ears! I briefly thought about Tonks, Draco and Hagrid, but in the end chose Dumbledore, who is a pivotal character of the series, and Luna, who is not… but who is my personal favourite. I also couldn’t pass the opportunity to make her radish earrings! 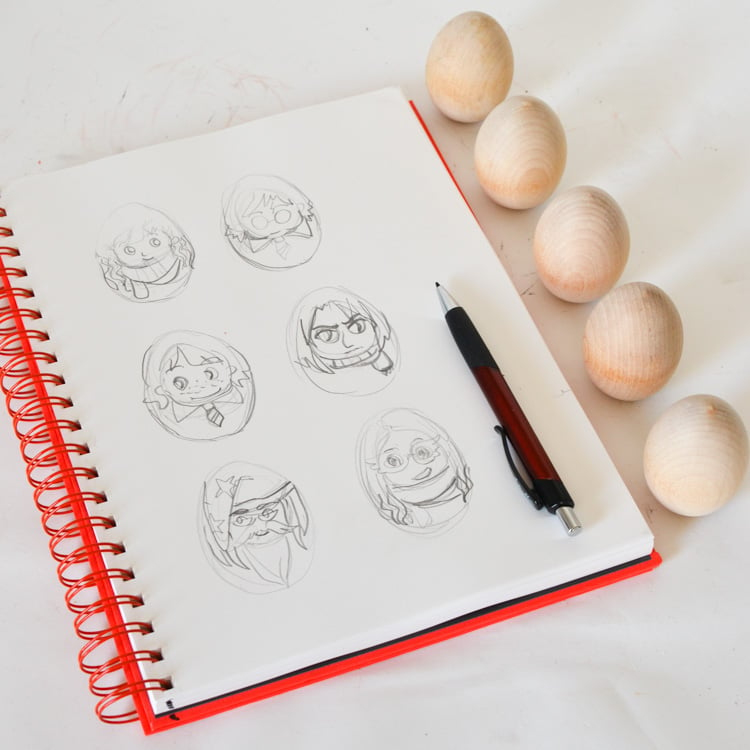 It always helps to make sketches first. Just for the sake of interest, this is how the eggs looked in pencil. After that, I drew the designs onto the eggs.

The rest is just colouring, layer after layer. Start with the bottom layer. In this case, the bottom layer is skin. For the characters with neckties, the shirt comes next, followed by the robe. For the characters with scarves, the robe precedes the scarves. After that, it’s the hair’s turn. I usually do the face last, but that’s a matter of preference. The facial features usually have to be re-sketched because they get covered by the skin layer.

This is my work space: the eggs, a little water container, and a plastic pallet. 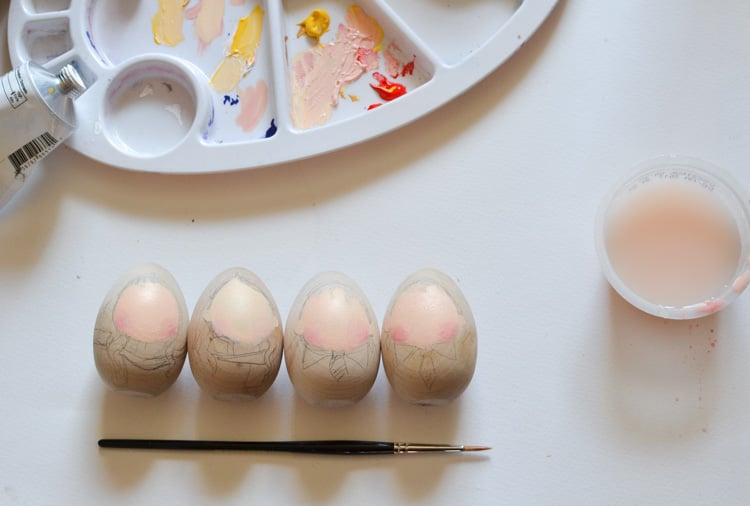 Tips and tricks? I use two brushes: a detail brush, often labelled as #0, for details, and a small one, labelled as #2, for filling the areas. Since the eggs are pretty small, even filling areas doesn’t require a big brush. I use water for washing brushes between colours, but when I put paint onto the eggs, I make sure that the paint isn’t diluted with water.

Whenever applicable, use the ink pen for refining and drawing details (eyelashes, pupils, nostrils). I also use it at the very end to make outlines.

This is how the whole process looks!

Snape and Dumbledore are made in a similar fashion, but I painted them a little later. 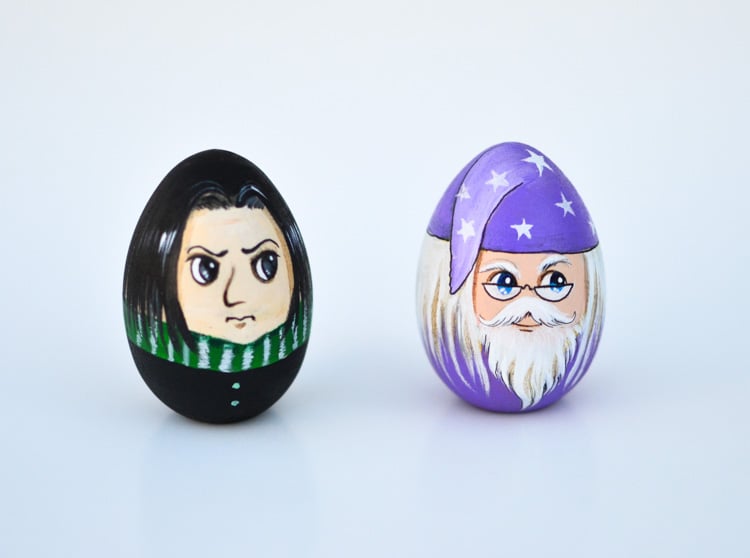 I always thought that I would wait until my son is older before introducing him to the Harry Potter series. But, of course, he got interested in the eggs and asked what the characters are named. So now we have Harry Potter flying into space, and even though I still want to wait a few years before reading the books to him, it’s rather amusing to hear familiar names from the play corner.