Introduce children to Christmas traditions around the world with nineteen gift-bringing characters from different cultures! From the famed Santa Claus to the mysterious Olentzero, from the sweet Christkind to the horrifying Krampus—the world is full of interesting and unique traditions, associated with the season.

You can buy this as a part of Christmas Around the World bundle (50%)!

This listing is for a downloadable PDF file. Print and cut as many copies as you need.

In places where the seasons are well defined and the winter months are cold, December often brings a celebration that revolves around a particular character who brings the festive spirit along with a bag of presents for children. Mostly they focus on the figure of a kind old man. In the USA and Canada, he is known as Santa Claus. In Europe, many countries celebrate his prototype, Saint Nicholas. In Slavic countries, people wait for Father Frost, who also looks and behaves like Santa Claus. In Scandinavia, the gifts are brought by a gnome, and in Iceland, there is a jolly gang of trolls. But the list doesn’t end here. There are plenty of other unique gift-bringers, and you can meet them in this set of Christmas around the world paper dolls!

Christmas Around the World Pack Features

Neither. This material objectively presents the traditions in different cultures without much examination of the belief systems behind them. Many gift-bringers came from Christian traditions (Christkind, Saint Nicholas, Saint Lucia, and, surprisingly, Befana), while others have pagan or secular origins (Yule Lad, Julnisse, Snow Maiden).

You can buy this as a part of the Christmas Around the World bundle! 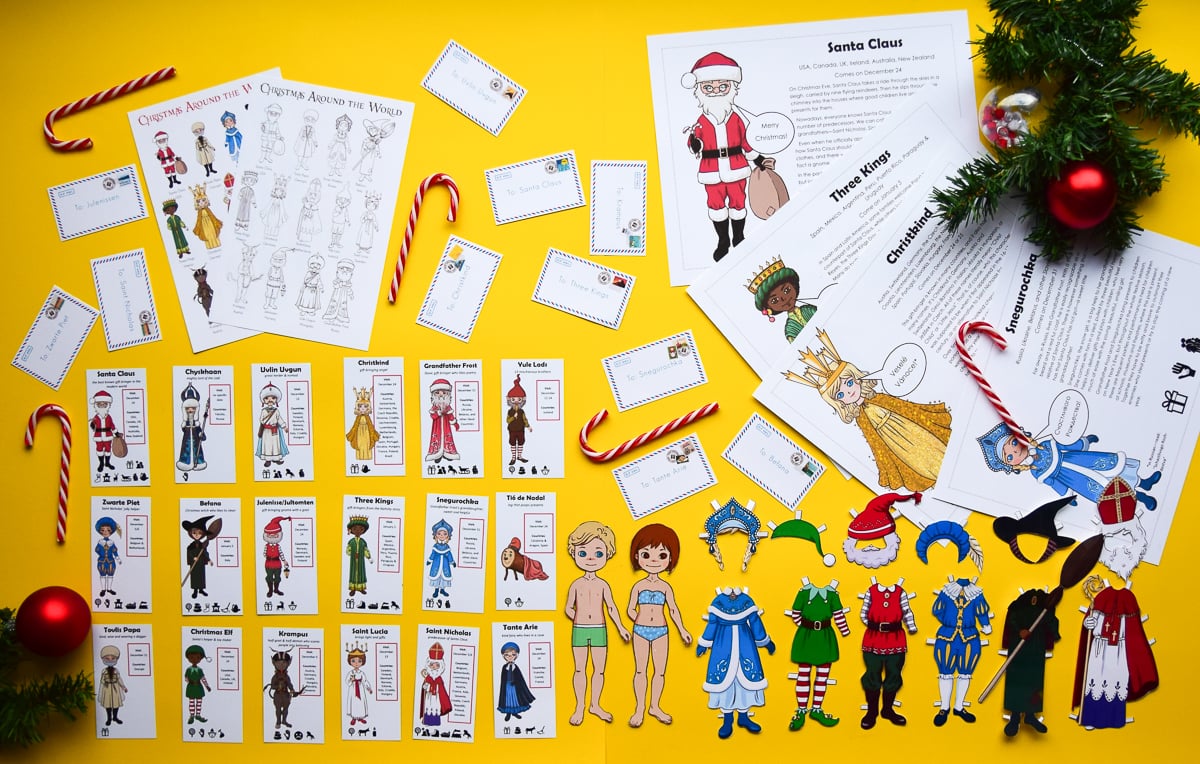