Practice separating recyclable items from trash by following the bingo cards of this printable Recycling Bingo Game! A fun Earth Day activity for kids that will introduce them to the basic ideas of recycling. 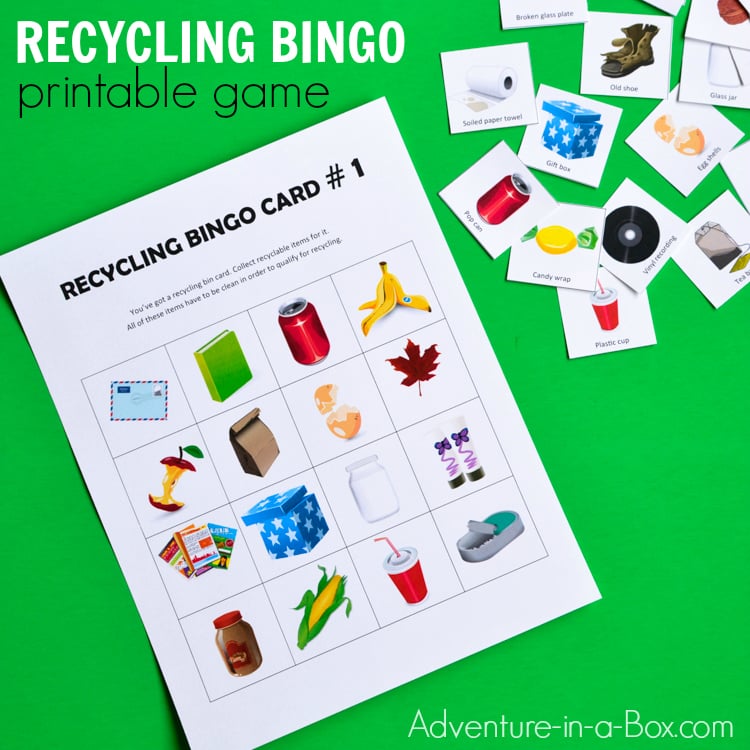 Recycling is an important subject these days. Recycling saves energy, reduces landfills, preserves resources and protects wildlife. It is great to see it implemented more and more, and with any luck, by the time our kids grow up, recycling will be an integral part of their mindset. But, of course, in order for that to happen, they need to learn about it from childhood. And what’s a better way to learn than by playing a game? Because recycling can actually be fun! Ask any toddler – a recycling truck is one of the most exciting visitors to stop in front of their house.

With older children, It’s exciting to imagine what new things can be made from the products we put into our recycling bins. It’s fun to discuss how it’s done. And the very process of recycling is just like a large-scale sorting game. Sometimes the rules can be pretty tricky, but when we get it right, there is a brief sense of satisfaction, as if we have just cracked a mathematical problem. Yahoo, we put this egg carton in the right basket!

This game offers children an opportunity to practice sorting waste, according to different bingo cards. It provides a good basic idea of what is recyclable and what is not.

This game consists of 7 bingo cards and over 70 cards with pictures of items that we often find ourselves disposing of. The aim of the game is to collect only those items that are shown on the player’s bingo card.

For educational purposes, the bingo cards are divided into 3 different groups: 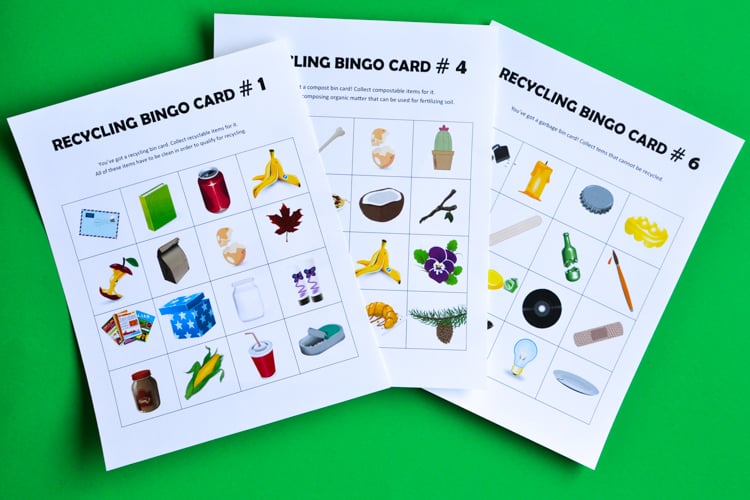 There are also sorting bingo cards that have no picture of them to play a more advanced version of the game. 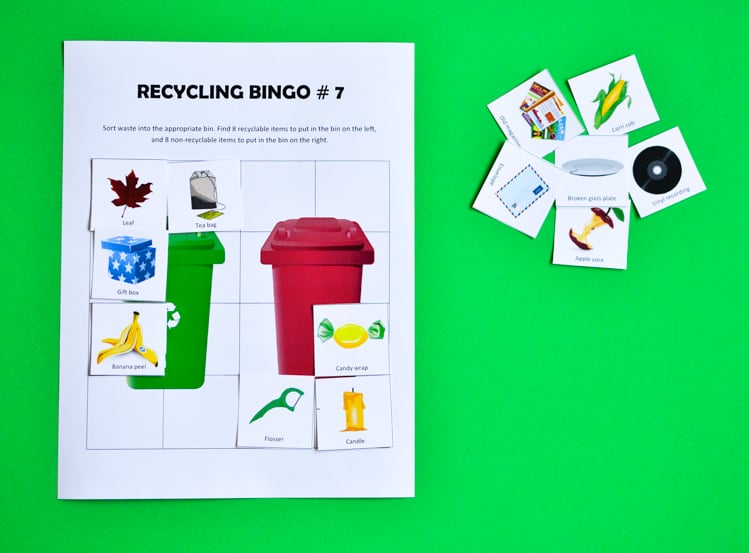 Players take turns revealing one waste card each, with all players striving to fill their bingo cards first. In order to claim an item, any player can name it and place it in the corresponding place on their card. If they claimed the item by mistake, they need to shuffle it back into the deck together with one of their previously claimed items as a penalty. The player who fills their bingo card first wins! 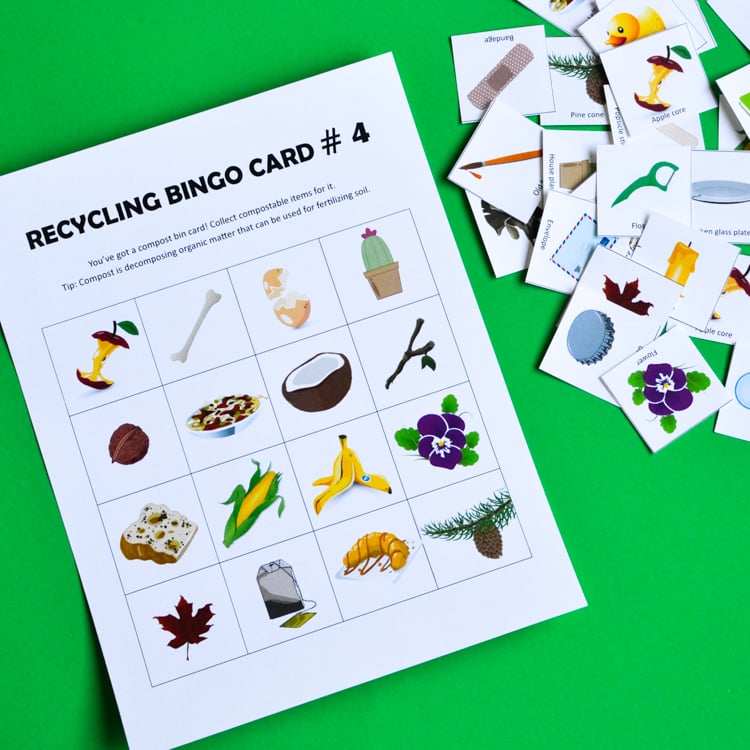 Unlike in picture bingo, these bingo cards do not have pictures of waste items—it’s up to players to decide how they fill it, but each player needs to collect 8 recyclable items and 8 non-recyclable items. 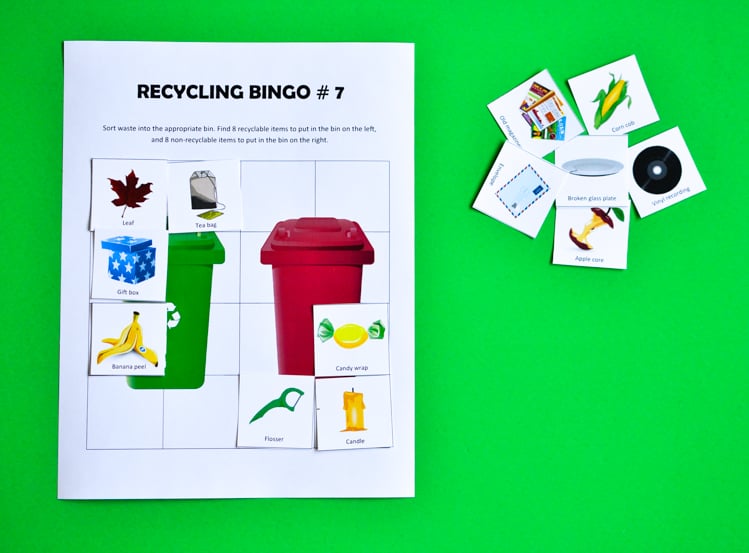 You can also get it as a part of Recycling Games Bundle which also includes Recycling Sorting Game, Recycling Scavenger Hunts and Recycling I Spy.

Load More... Follow on Instagram
1073 shares
All the digital products are 30% off with the code PRINTABLE2022! Valid until December 1.Shop