Based on the famous fairy-tale, these shadow puppets will let your kids make their version of Little Red Riding Hood and stage a shadow play at home or in the classroom! 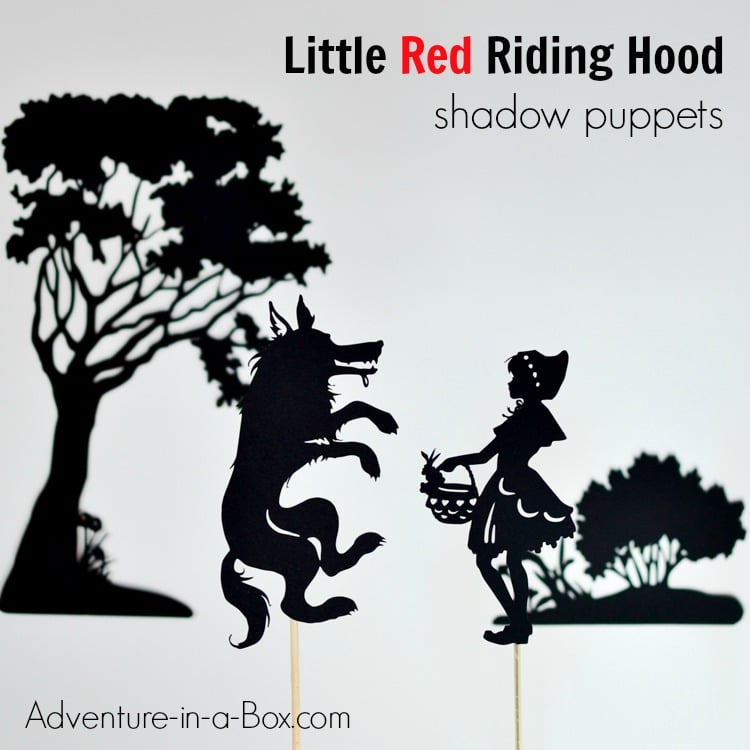 I think that once in a while we all want to try ourselves at a new creative enterprise.  With our home shadow puppet theatre, all of us, including the kids, can try the roles of stage director, actor, screenwriter or special effects engineer. Our shadow puppet actors don’t take much space, because they all fit inside an envelope, but since they are made out of paper, we can create more any day! And we can tell stories the way we want and often do – like with one of our three pigs being a girl or with the wolf changing his ways and coming to visit Grandma for tea afterwards. 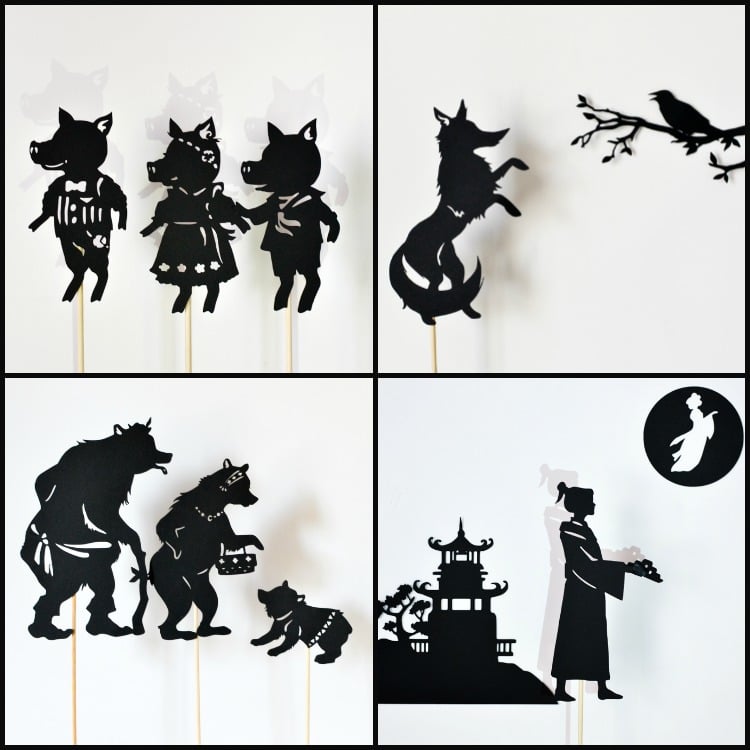 Shadow puppetry is arguably the oldest form of puppet theatre. They’ve been popular in China, India, Indonesia and other countries for a long time before coming to Europe. In the 18th century, shadow puppets became popular among the Parisian audience, spreading to the rest of Europe and North America over the subsequent centuries. Nowadays, shadow puppetry remains pertinent and is experiencing a resurgence in the educational environment and animation, thanks to the relative ease of production.

Shadow puppet theatre is an elegant yet very simple form of dramatic entertainment. Little setup is required, and that makes it perfect for busy life with kids. A flashlight is enough for a relaxed shadow play before bedtime. Add a simple cardboard puppet theatre, and you can run spectacular performances at home for friends and family. 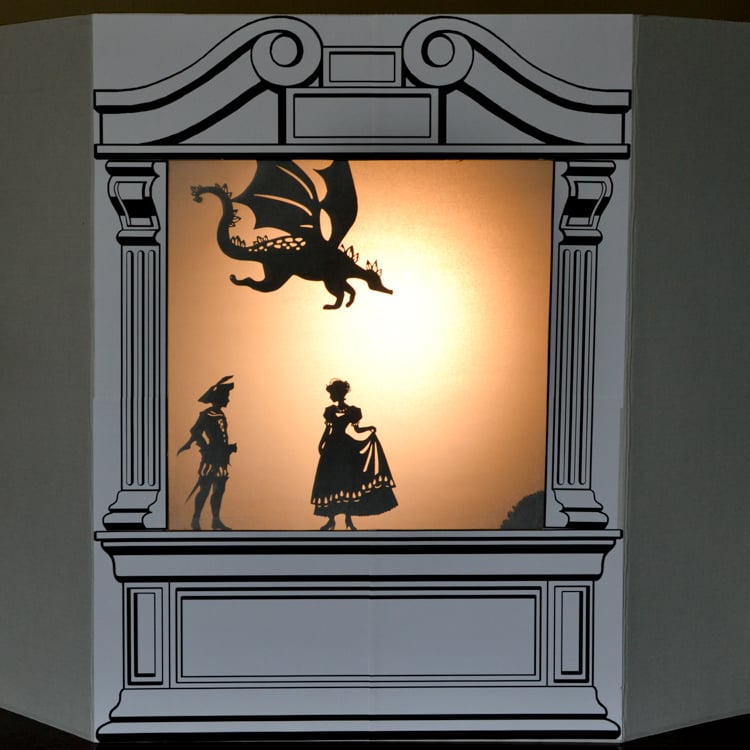 Theatre has been a fascination of mine for a long time. The transformation that actors undergo on stage seemed like the highest form of pretend play that I enjoyed very much as a child. At some point I went to the theatre studio, and even though I quickly realized that I would not become an actress, and being on stage required so much work that I forgot to play, I kept my love for the theatre world. When my husband and I dreamt about what we were going to do with our children, I would always add, “And we will have a home theatre!” There are so many ways for children to explore their creativity, staging a play. They can make costumes or sew puppets, paint decorations or design posters, write scripts or recite on stage.

How to Cut Shadow Puppets

If you want to buy the puppets already cut, check our shop! But if you want to cut your own puppets, check here for printable designs.

You can read a detailed tutorial on how to make shadow puppets here. Basically, you can cut the shadow puppet patterns using traditional tools (scissors and a hobby knife) or using silhouette cutting machines, sucj as Cricut or Silhouette Cameo. The first takes a little longer, but doesn’t require any special tools at all. The second is very easy and fast, but requires an investment in a specialized machine. Our designs for shadow puppets are saved in PNG format, so that they can be used for either method.

How to Play with Shadow Puppets

For the beginning, it is good to fool around and see what fantastic creatures you can make with your hands. Even babies will be fascinated with this process as you will create high-contrast images on the screen. Once you feel confident, you can have a family guessing game. Who is here? 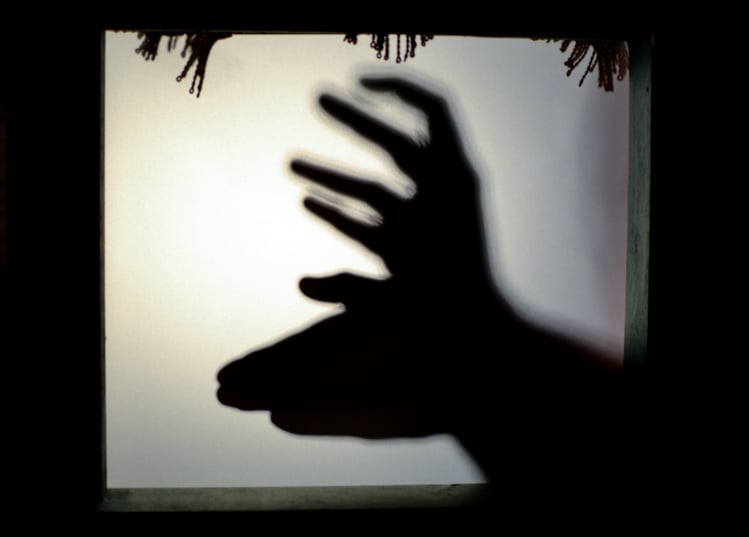 Bring your child’s toys and let him set up a scene behind the screen. The plastic animals sure change as actors of a shadow theatre! 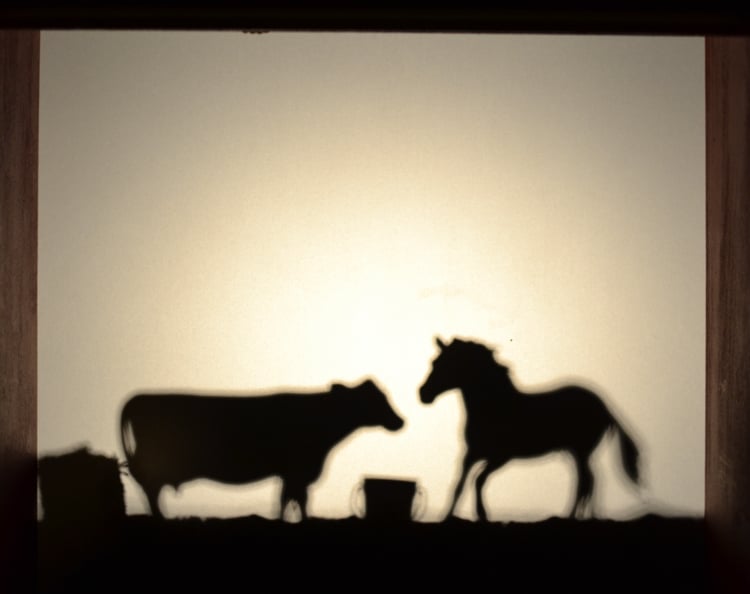 When you are ready for a longer project, you can stage your children’s favourite stories. Depending on their age, they can help with performance or simply sit and watch.

For our first performance, we chose the story about Little Red Riding Hood. We first staged it four years ago. Since then, the puppets changed a little, but we still enjoy the show just as much!

There was once a girl who lived in a village near the forest. Her Grandma made her a red riding hood, and wherever the girl went, she wore it… 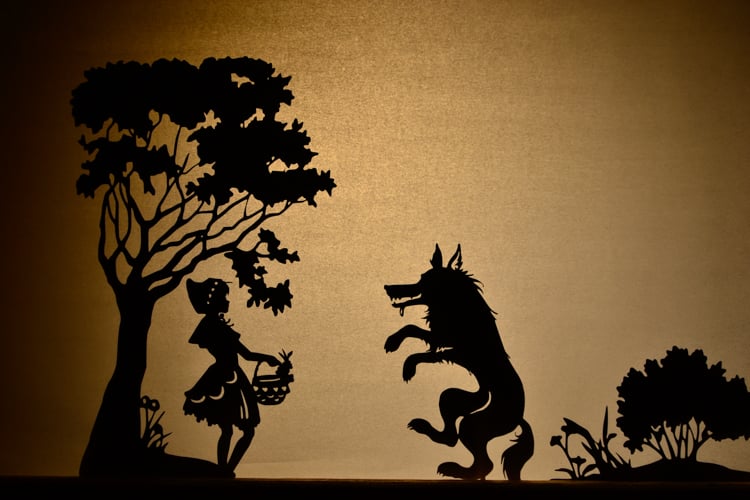 Little Red Riding Hood was walking in the forest and looking for flowers when she met a wolf. “Where are you going, little girl?” 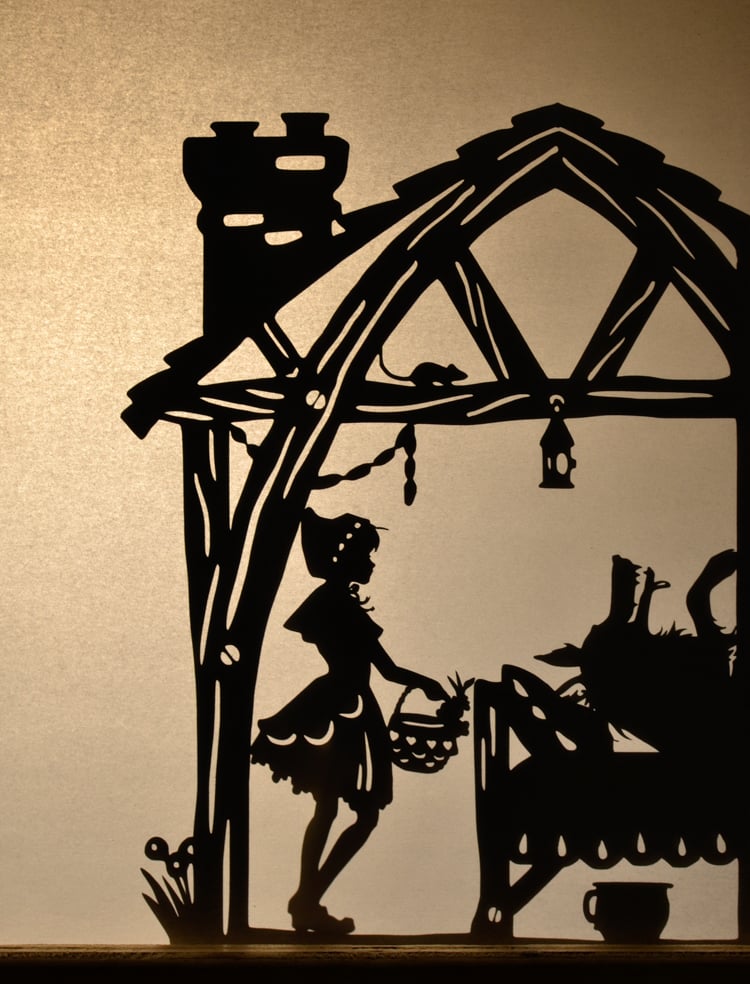 When Little Red Riding Hood came to her Grandma’s house, Wolf was waiting for her inside. 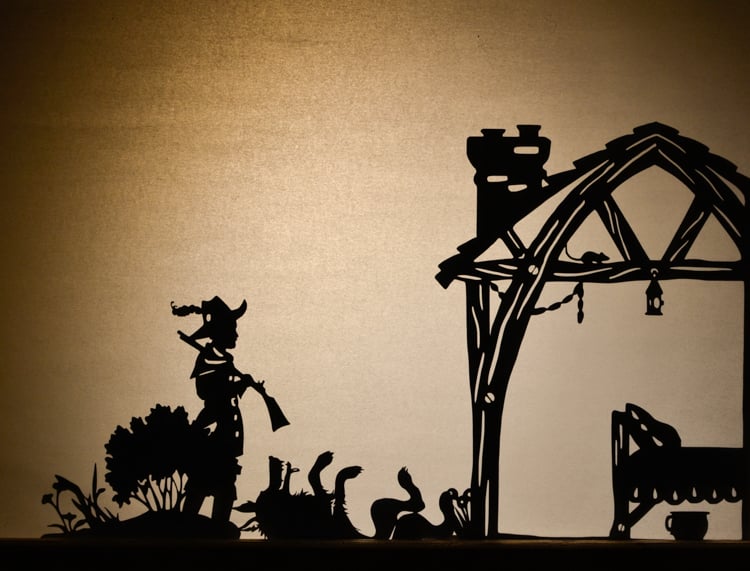 As Wolf was strolling outside after eating Little Red Riding Hood and Grandma, a hunter met him. 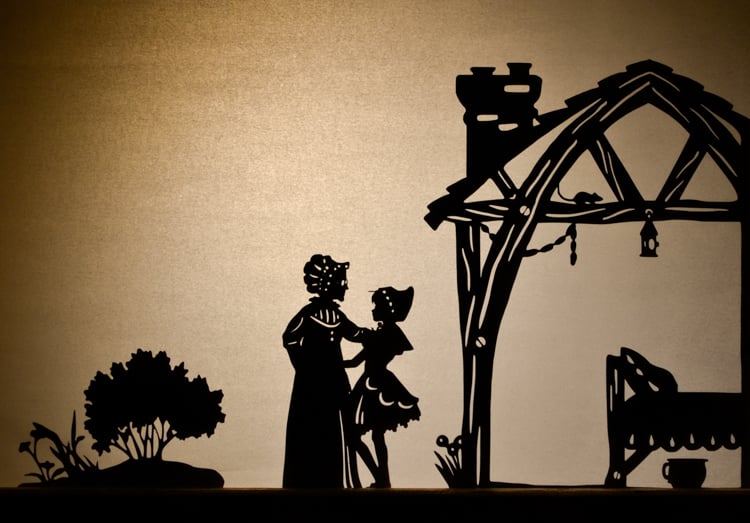 Grandma and Little Red Riding Hood are safely back at the house. 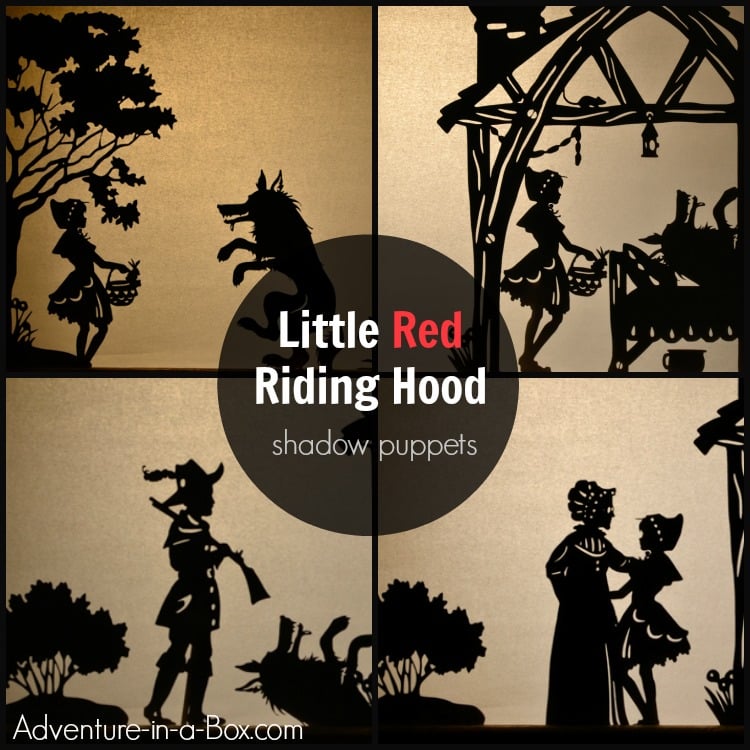