Animal Track game is a printable educational game that will teach kids how to match animals with their tracks and where to find them! 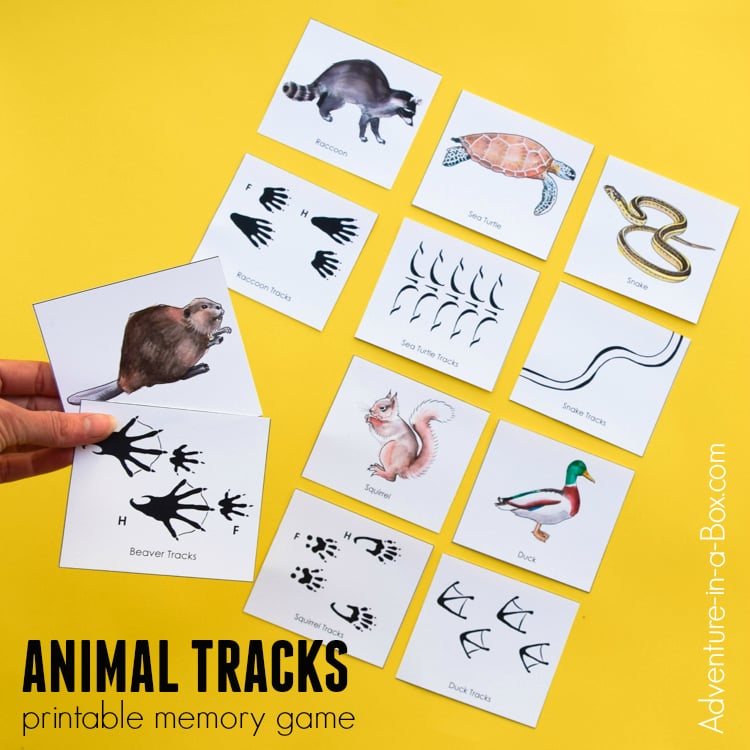 Most animals do not want to come in close contact with humans, but if you learn to notice and recognize their tracks, you will be able identify which animals visit your neighbourhood or like to walk along the same trails as you do. Animal tracks can become a window into an otherwise hidden world—the presence and habits of wild animals.

For many children, it will be a fascinating and gratifying experience of discovering animals in their immediate surroundings, using clues like a detective!

Benefits of the Animal Tracks Game

Animal tracking is an important part of living in a hunter-gathering society, so it can always be explored as a part of culture or history lesson. But do modern kids have a use for knowing animal tracks? You bet! 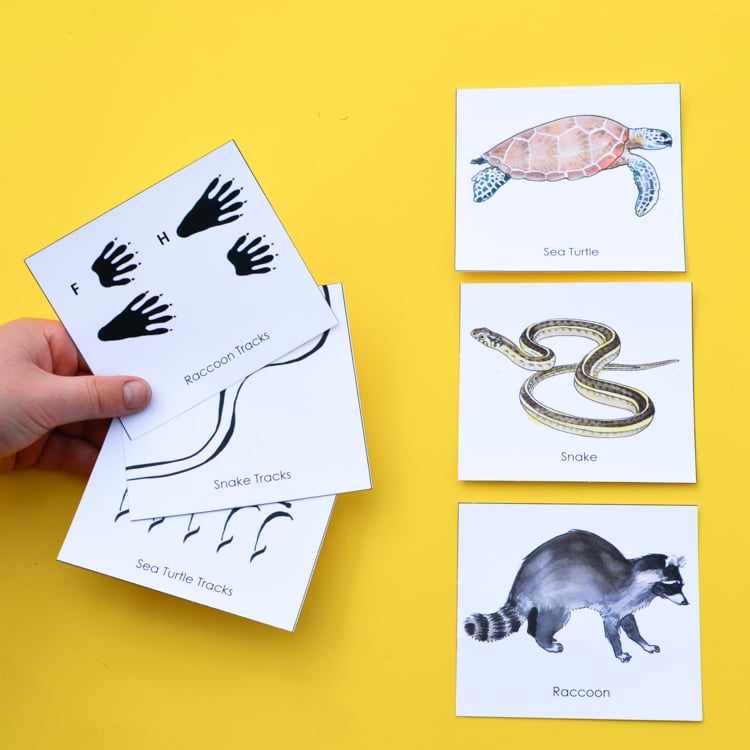 About the Animal Track Game

When learning a new language, we start with ABCs. In the world of animal tracking, that would be the most common types of footprints, and those are the ones we included in this printable game of animal tracks. The kids will have an opportunity to study them in a playful manner, while playing one of two suggested games.

The animals included in the animal track game are a squirrel, a rabbit, a bear, a raccoon, a deer, a beaver, a coyote, a skunk, an armadillo, a wild boar, a bobcat, a snake, a sea turtle, a duck, and a wild turkey. This selection of animals shows a wide variety of different kinds of footprints while showcasing species that can be found near human dwellings or parks.

You can watch the video about the game! 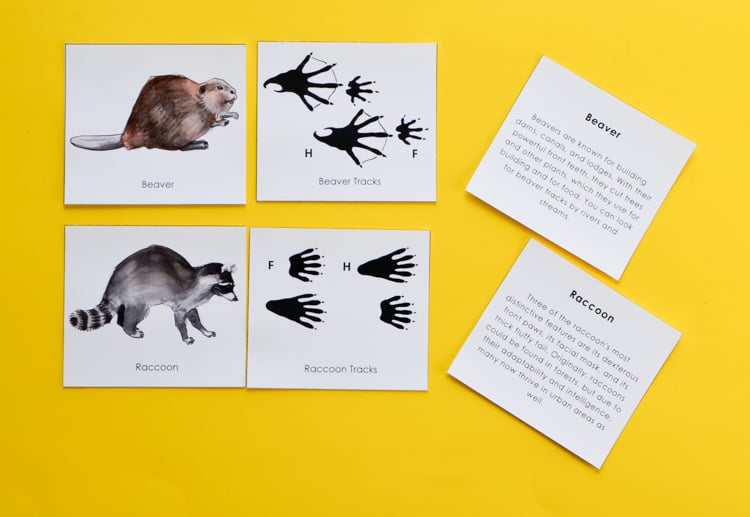 Can you figure out which of these four animal leaves which tracks? 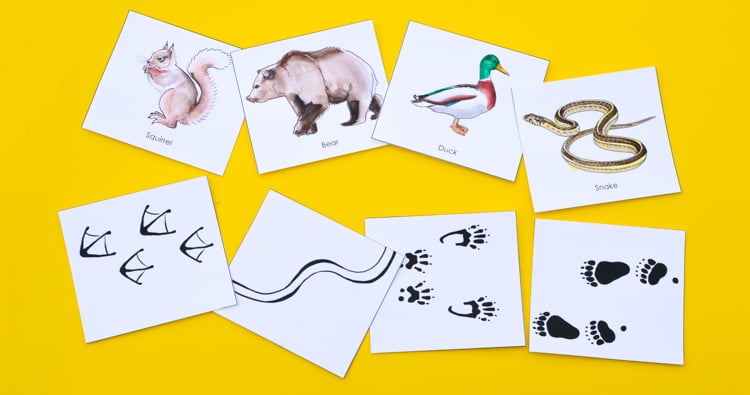 Depending on the number of players and their ages, you can either use a few pairs at a time (4-5)…

…or create a big memory game with all of them.

Use labelled track cards while learning to identify the tracks. Use non-labelled track cards for added complexity. Place the cards in a grid. Take turns temporarily revealing two cards from the grid. If the cards revealed show the animal and its tracks, the player who revealed the cards gets to keep them. Whoever has the most cards at the end of the game wins.

You can also buy this game as a part of our Nature STEAM Pack (60% discount!) along with other creative printable projects for exploring nature. 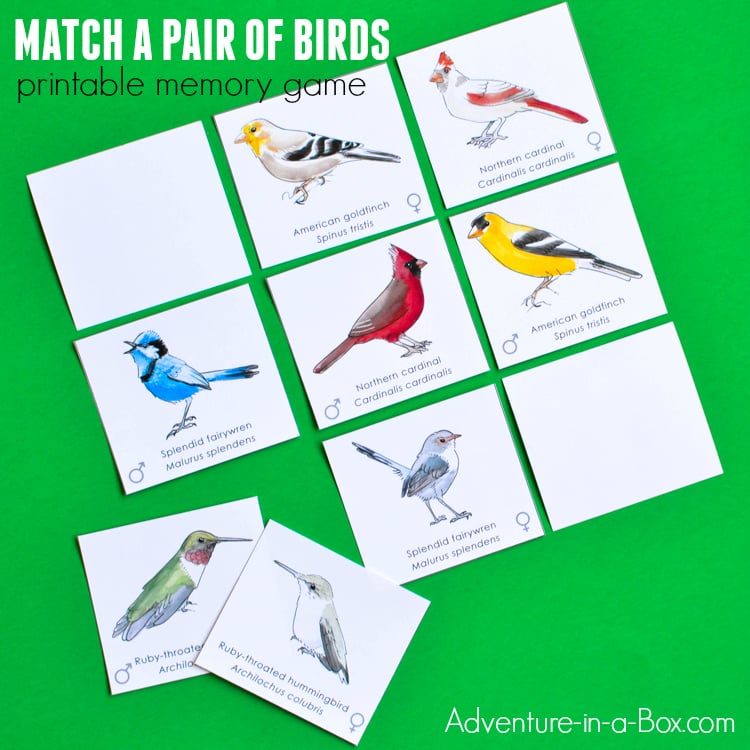 Draw the missing half of an insect! 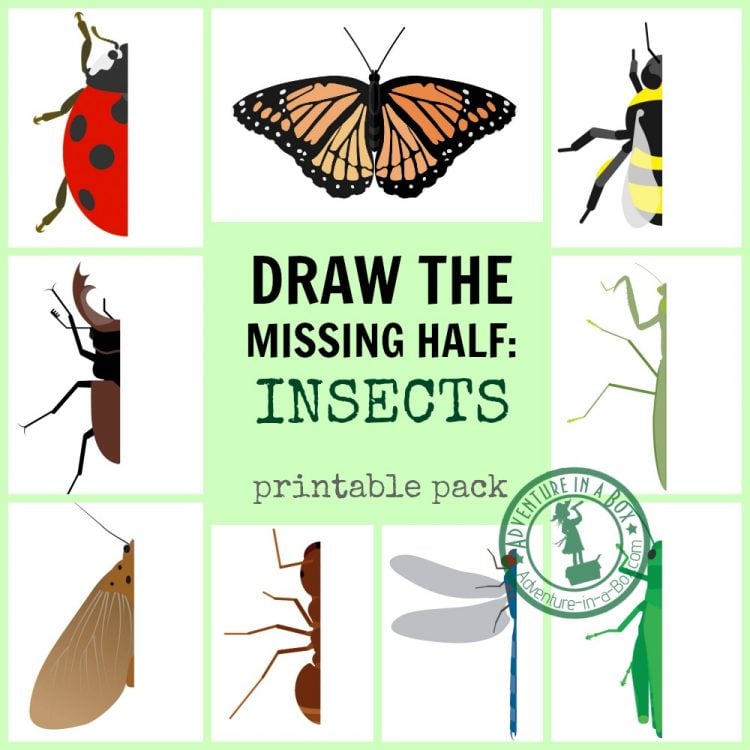