Carve a pumpkin to make a nature doll house for your kids and all of of their toys!

UPDATE: Four years later, my son built a pumpkin house of his own. Read how to set up a fun engineering challenge with pumpkins! 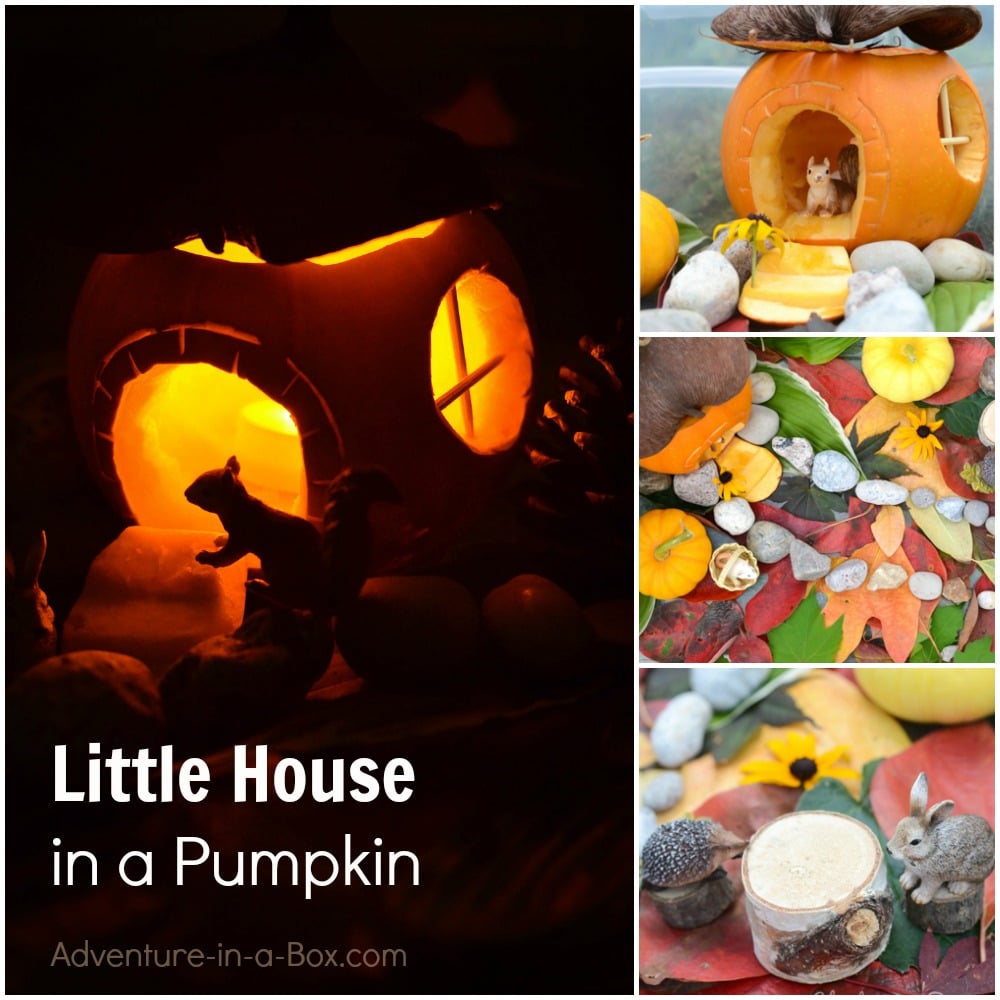 After seeing how much fun my baby had a year ago with pumpkins and gourds, this year I decided to grow my own pumpkins. I have never done it before, but I love trying new things in the garden, so I went ahead and bought three varieties: big pumpkins for jack-o-lanterns, small pie pumpkins for making cookies and pies, and decorative miniature pumpkins for Budster to play with. The big pumpkins are still growing, but this week we harvested some of our small pumpkins. Budster thought they were great! “Balls?” He mused. Another first for me was carving a pumpkin. I had never done it before. However, with our happy crop of pumpkins, I was determined to try this, and as one pumpkin was damaged, I decided not to wait until Halloween. For the autumn bin, I imagined a little pumpkin house for Budster’s animals. I carved a door and a window, inserting toothpicks into it to represent a frame. The piece that I cut to make the door was turned into a set of stairs. Now, who is going to live there? We collected fallen leaves around the yard. I love maple leaves! I dipped into our lake-shore rock collection and picked some to build a little path in front of the mouse’s house. In went pine cones and little autumn flowers. We used nature blocks we made the other day, and also borrowed some furniture from the peg fairies: a rope ladder and a basket. Of course, we needed someone to enjoy our cozy autumn world, and Budster chose a few of his animals. His favourites right now are rabbits and squirrels, as there are so many around our yard. We played outside, enjoying the nice weather. Budster explored one object after another, rearranging leaves, rocks and pumpkins. He served a small dinner to his animals. Rabbits he watched in our yard do like clover very much! My son was most fascinated by the pumpkin house, putting animals inside of it and taking them out. I told him a story I remembered from my childhood: in the story there was a little house in the forest, and one animal after another came over and asked to be let in. They were pretty happy inside, but there was not enough space left. The story ended with the bear coming and squishing the house. But we did not have a bear around, so in our story everyone lived in the house quite happily. When the night came, we brought our bin inside and put an LED candle inside. With it inside, the pumpkin house looked like a very cozy place. In Budster’s bedroom, we sat together for a while, looking at the little light flickering in the darkness. Night has fallen onto our small world. …Four year later, we tried this again. Read to find out more about building houses with pumpkins! 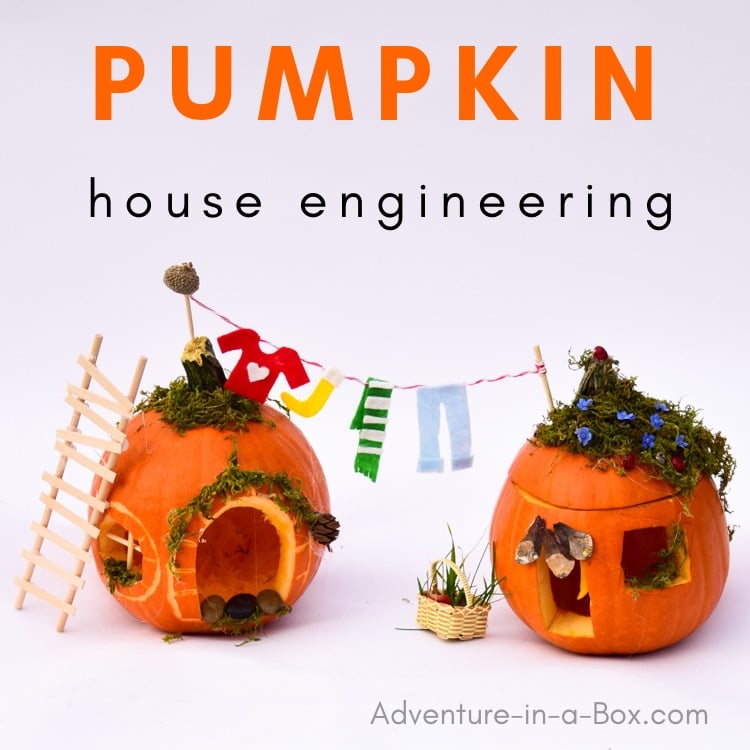 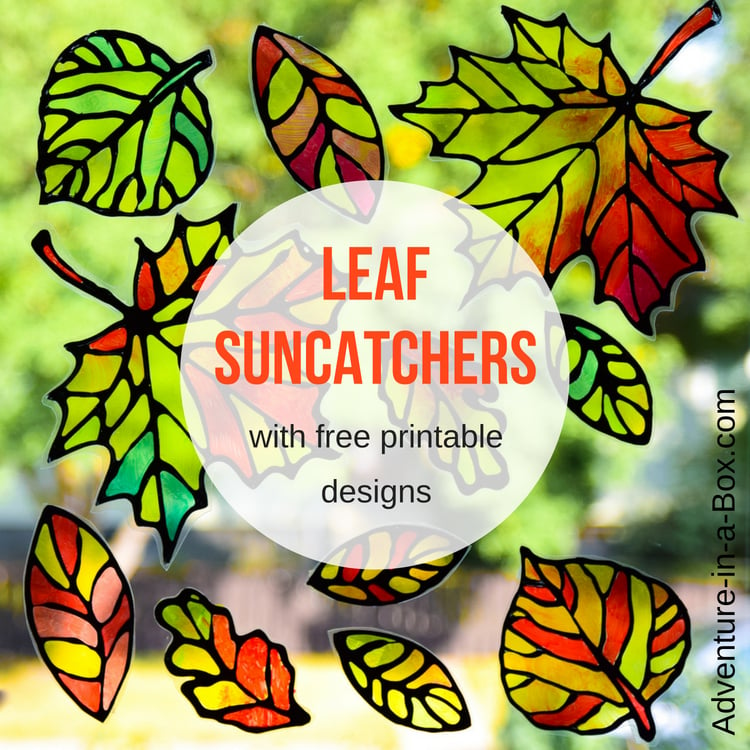 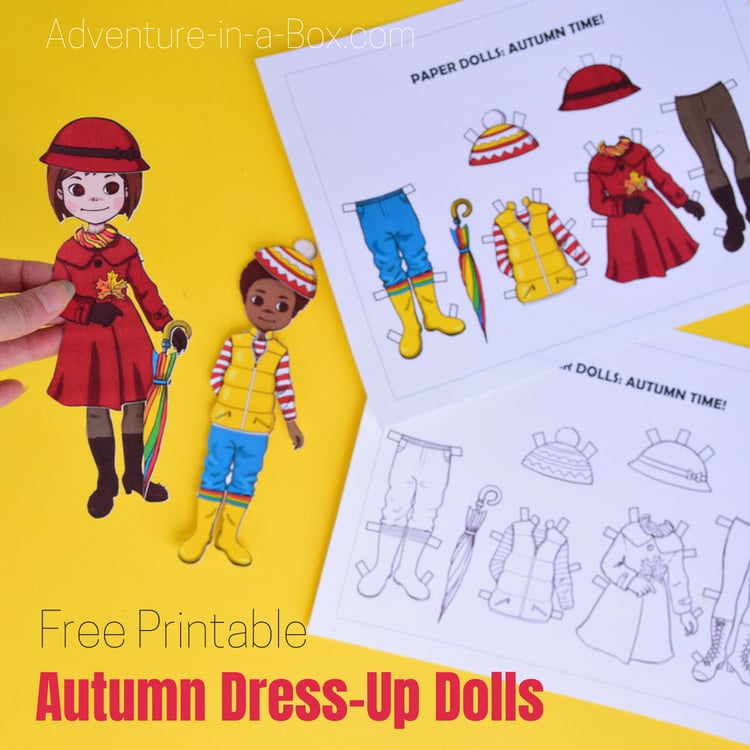