Based on the Norwegian fairy-tale, these printable shadow puppets will let your kids make their version of Three Billy Goats Gruff and stage a shadow play at home or in the classroom! 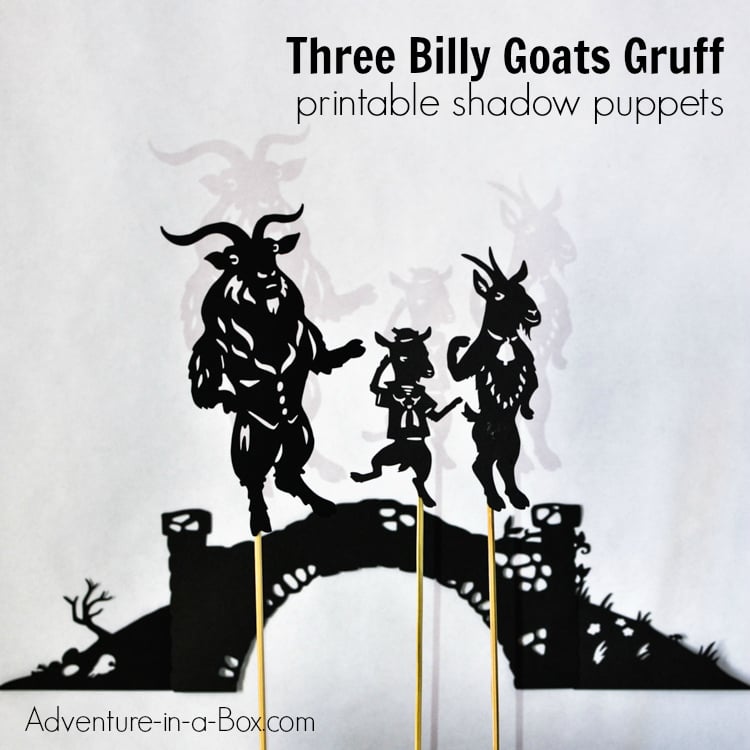 Those old fairy-tales with their linear plots are really the best when it comes to staging a little shadow play at home. We’re very happy to present the latest addition to our shadow puppet home theatre – Three Billy Goats Gruff! We like it very much. The plot is witty and once again teaches kids that being smart is more important than being strong (though having a strong older brother DOES help). It’s very easy to perform, even for one person, since it mostly uses two puppets at a time. On the other hand, if you want to involve a few kids on hand, letting them pick a role to speak in a funny voice is sure to make the story enjoyable for them. 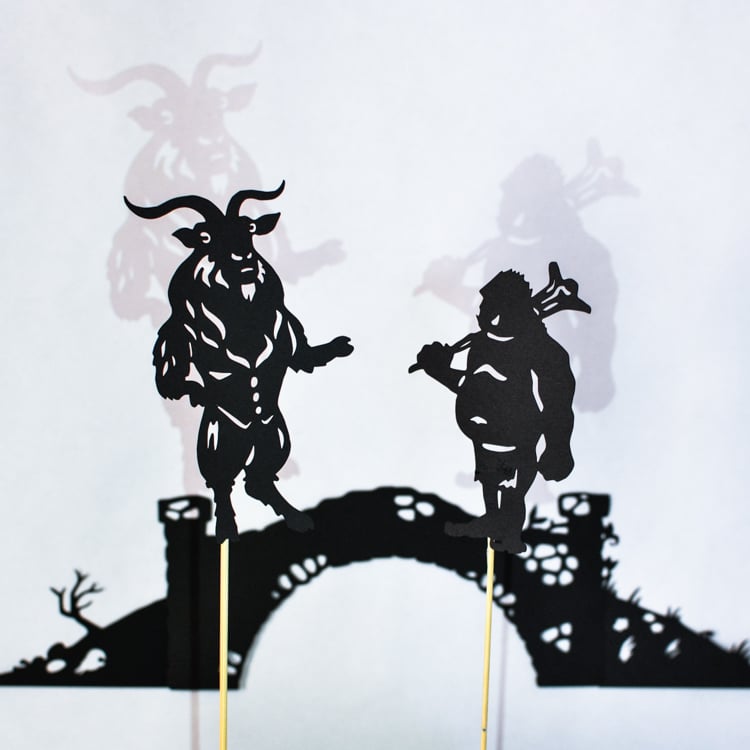 Get the patterns here or buy the puppets already cut here.

You can cut the shadow puppet patterns using traditional tools (scissors and a hobby knife) or using silhouette cutting machines (Silhouette or Cricut). The first takes a little longer, but doesn’t require any special tools at all. The second is very easy and fast, but requires an investment in a specialized machine. Our designs for shadow puppets are saved in PNG format, so that they can be used for either method. Please, read this post to compare the pros and cons of different options, as well as a detailed tutorial for cutting shadow puppets.

We hope you’ll enjoy it as much as we did! We had a lot of fun filming the play.

Once upon a time there were three billy goats, and the name of all three was “Gruff.” 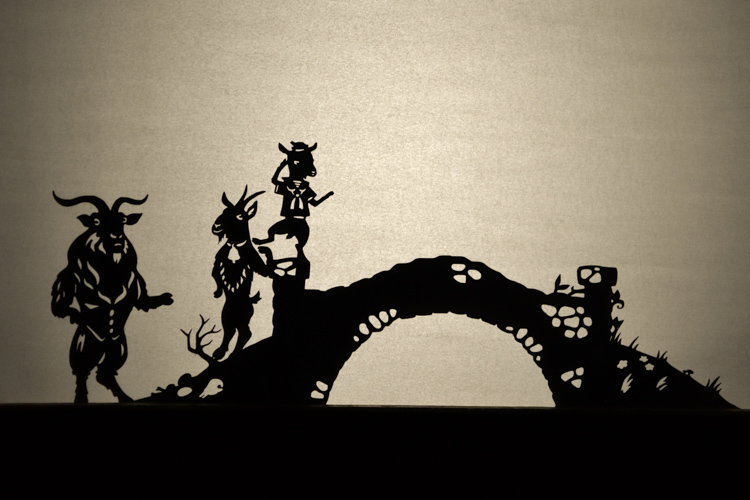 They weren’t picky, but they had eaten every leaf in their field and were getting hungry. The youngest goat spied greener pastures across the river and called his brothers to meet him on the other side. Little did he know, a nasty troll lived under the bridge. 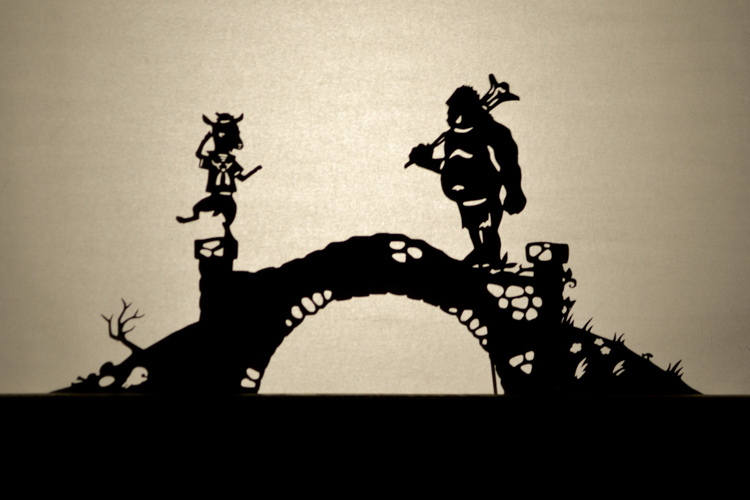 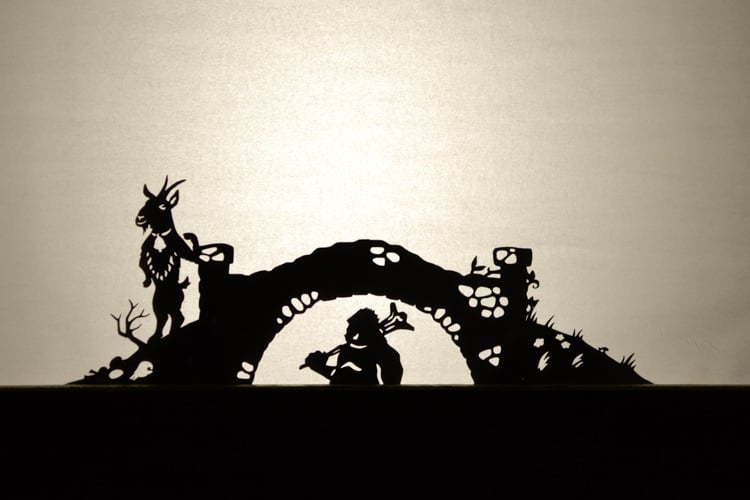 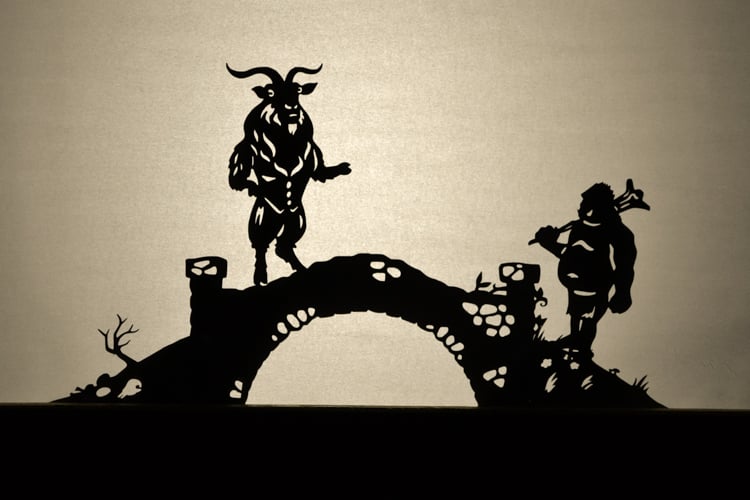 But just then up came the big billy goat.
“Thump, thud, thump, thud!”
Troll: “Who’s that thumping over my bridge?”
Big Billy Goat: “It is I! The big Billy Goat Gruff. Who do you think you are?”
Troll: “I’m the Troll, and I’m coming to gobble you up!” 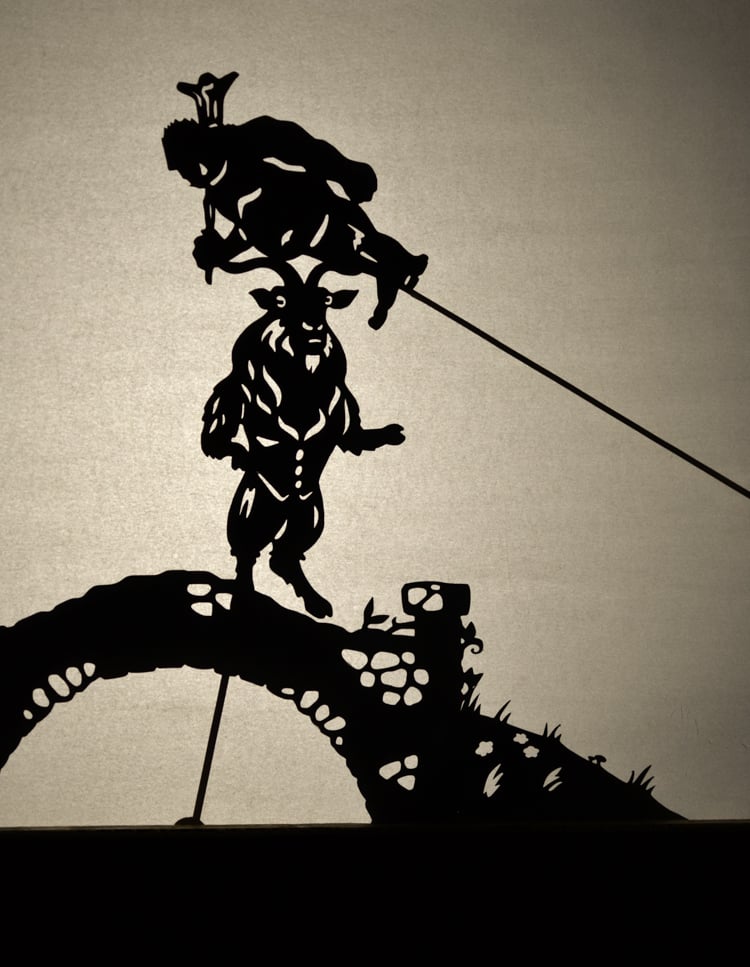 With that, the Troll rushed at Big Billy Goat who caught the troll up in his horns and tossed him into the stream below. The Troll disappeared under the rushing water, never to be seen again. 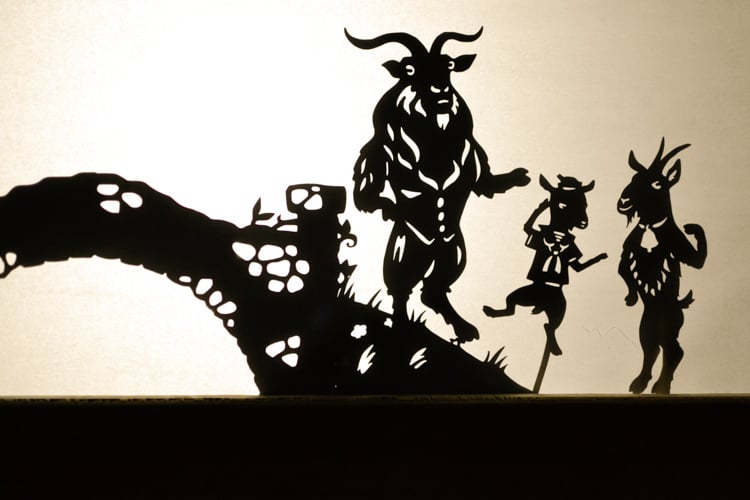 From then on, anyone could cross the bridge and enjoy the sweet green grass with the Three Billy Goats Gruff.

Get the patterns here